Starlink is a satellite-based global internet system that SpaceX has been building for years to bring internet access to underserved areas. 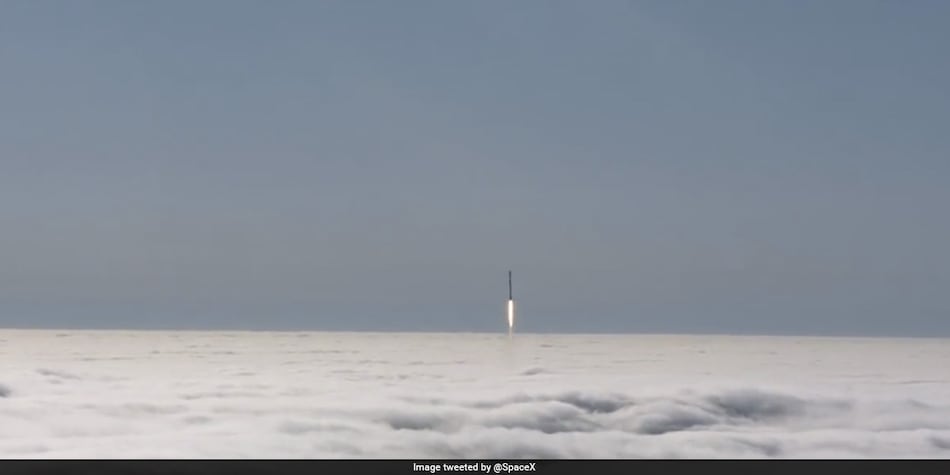 The image of the Falcon 9 rocket from SpaceX's live feed.

SpaceX streamed the launch live on Twitter, giving updates about the course the rocket is taking. An hour after the launch, it confirmed the deployment of 46 satellites.

As with other SpaceX rockets, the first stage booster supporting the mission detached from the rocket and landed back on the droneship named "Of Course I Still Love You", according to the company's tweet.

In a report space.com said that this was sixth launch of the Falcon 9 rocket. It has previously launched Earth-observation satellite Sentinel-6 Michael Freilich, NASA's Double Asteroid Redirection Test mission and three batches of Starlink internet satellites.

Starlink is a satellite-based global internet system that SpaceX has been building for years to bring internet access to underserved areas of the world.

SpaceX has steadily launched some 2,700 Starlink satellites to low-Earth orbit since 2019 and has amassed hundreds of thousands of subscribers, including many who pay $110 a month for broadband internet using $599 self-install terminal kits.

The Hawthorne, California-based space company has focused heavily in recent years on courting airlines around Starlink for in-flight WiFi, having inked its first such deals in recent months with Hawaiian Airlines and semi-private jet service JSX.

Competition in the low-Earth orbiting satellite internet sector is fierce between SpaceX, satellite operator OneWeb, and Jeff Bezos's Kuiper project, a unit of e-commerce giant Amazon.com which is planning to launch the first prototype satellites of its own broadband network later this year.