The galaxy in question here is SDSS J1430+2303, which hosts the black holes having a combined mass of roughly 200 million suns. 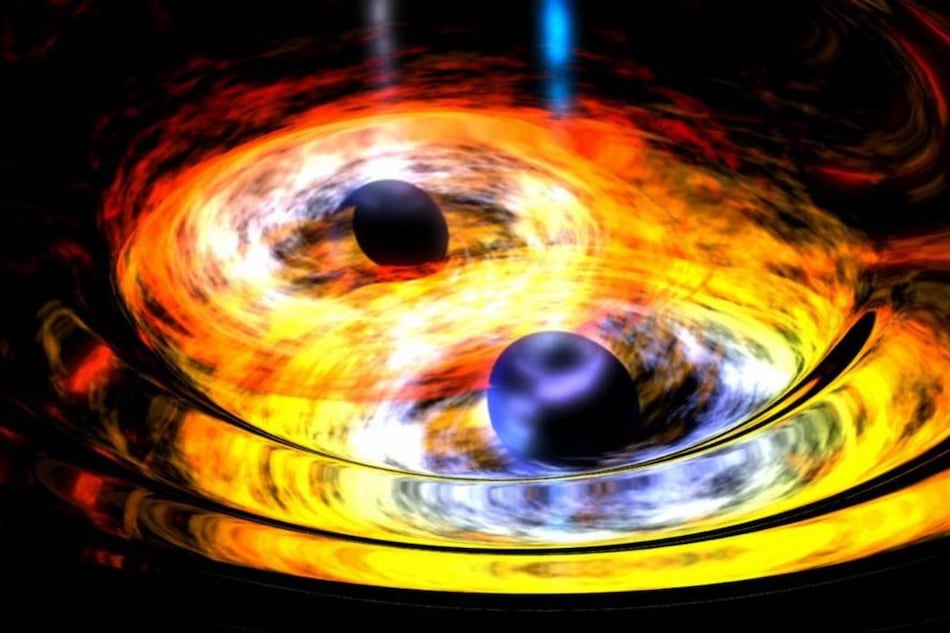 Fluctuations in light emerging from the centre of a galaxy have prompted researchers to suspect that two supermassive black holes might collide with each other within the next three years. The galaxy in question here is SDSS J1430+2303, which hosts the black holes having a combined mass of roughly 200 million suns. While scientists aren't sure if any such event will take place, they advise observing the galaxy constantly to understand what's going on at its heart. The ripples generated by the collision of the black holes are in a very low frequency range to be detected by current observatories.

However, despite this, if the collision happens, scientists believe it will result in an immense outburst of light across the spectrum. The data in the light, according to researchers, might help scientists unravel how such events take place.

To gain a better understanding, astronomers from Guangzhou University in China have used data from a range of X-ray observatories while covering a time period of 200 days. They tried to identify the high-energy signatures that are expected to be detected in a close supermassive black hole binary or a decaying orbit.

The team has noticed variations in the X-ray light coming from the galaxy. In addition, they have also observed a type of emission that is linked to iron falling onto a black hole and confirmed this detection with 99.96 percent confirmation with the help of two different instruments.

While this emission can be associated with binary supermassive black holes, researchers could not detect the smoking gun characteristics to confirm the black hole binary.

An analysis of the radio observations was conducted but even that proved to be inconclusive. It isn't sure what is happening with the galaxy but astronomers stress that something strange is definitely going on at its heart.