Given the similarities between the planets, scientists hope to learn why Venus became inhospitable and Earth has life. 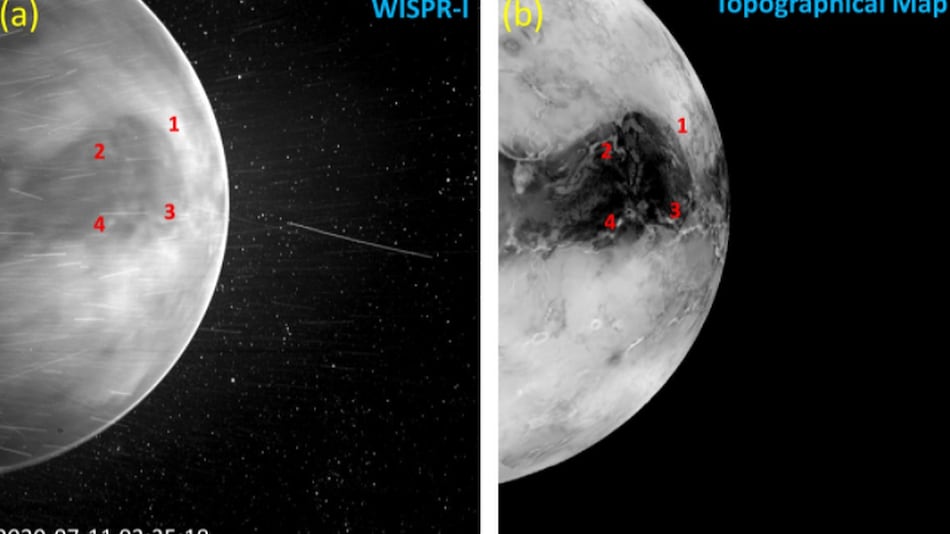 NASA's Parker Solar probe has captured the first-ever images of Venus, the second planet from the Sun and Earth's closest planetary neighbour, in visible light. Venus is usually smothered in thick clouds and shrouded from sight. The probe captured the images in wavelengths of the visible spectrum — the type of light that the human eye can see — during two recent flybys, using its Wide-Field Imager, or WISPR, the space agency said. Scientists hope these never-before-seen images of Venus will help them understand the geology and mineral composition of the planet much better.

NASA said the images reveal distinctive features like continental regions, plains, and plateaus. The planet is also surrounded by a luminous halo of oxygen in the atmosphere. Given the similarities between Venus and Earth, scientists also hope to learn why one of the planets became inhospitable and the other welcomed life.

The images captured by the solar probe during two flybys were combined into a video to be able to see the entire night side of the planet. The WISPR imaged the planet in visible light as well as infrared light. WISPR is primarily designed to look at faint features of the Sun, but scientists decided to use it to peek through the thick clouds on Venus.

Scientists have published a full analysis of the latest discovery in the journal Geophysical Research Letters on February 9.

Brian Wood, the lead author on the new study, said until recently scientists did not have much information on what the surface looked like because our view is blocked by a thick atmosphere. “The images and video just blew me away,” Wood added.

Wood said the surface temperature of Venus, even on the night side, is about 460 degrees Celsius. It is so hot that the rocky surface of Venus is visibly glowing, like a piece of iron just pulled out of a forge.