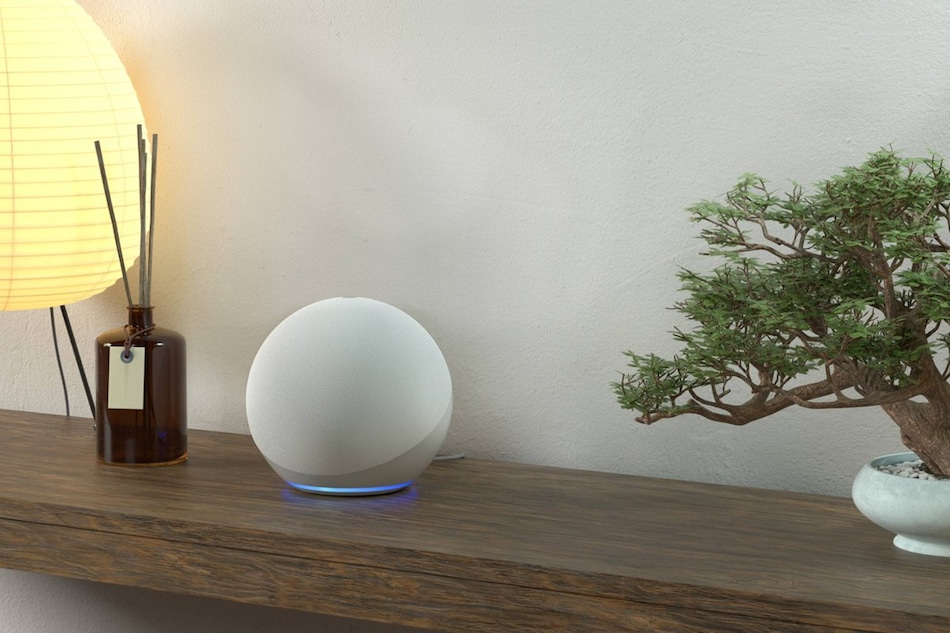 Amazon at a virtual launch event on Thursday unveiled its all-new range of Echo devices. The new family includes the Echo, Echo Dot, and Echo Dot with clock smart speakers. The new lineup is marked by a new spherical design. The new Echo (4th Gen) replaces the older Echo as well as Echo Plus and comes with a built-in Zigbee Hub that enables communication with various smart home devices. In addition to the regular Echo speakers, Amazon at the event brought the new Echo Dot Kids Edition that comes with colourful Panda and Tiger prints. The new Echo devices are also touted to be made with 100 percent recycled materials and feature a Low Power Mode.

Amazon Echo (4th Gen) price in India has been set at Rs. 9,999, while the Echo Dot (4th Gen) comes at Rs. 4,499 and the Echo Dot (4th Gen) with clock is priced at Rs. 5,499. The pricing of the entire lineup is identical to the smart speakers launched last year. The new Echo Dot is listed for pre-orders in the country through Amazon.in starting today, September 25, with its shipments planned for later this year. The Echo and Echo Dot with clock, on the other hand, are yet to go on pre-orders in the country.

Alongside the three new Echo speakers, Amazon also brought the new Echo Dot Kids Edition at $59.99 (roughly Rs. 4,420) in the US. It is, however, not likely to arrive in India.

Unlike the previous-generation Echo speakers that all had a cylindrical design, the Amazon Echo (4th Gen) comes in a spherical shape that gives it an orb-like look. The speaker comes with a 3-inch neodymium woofer and includes two 0.8-inch tweeters. It also features a bright LED light ring at the base of the sphere. For enabling a smarter experience, the new Echo is powered by Amazon's proprietary AZ1 Neural Edge processor that is built specifically for accelerating machine learning applications. The speaker also includes Dolby Audio processing and is designed to sense the acoustics of your space and fine tunes audio playback accordingly. This is inspired by the Amazon Echo Studio.

The Echo (4th Gen) is the first in its range to come with a built-in Zigbee smart home hub that is a standard commonly used by a range of connected devices. The speaker also supports Bluetooth Low Energy (BLE) as well as Amazon Sidewalk. The addition of Amazon Sidewalk would help set up new connected devices quickly and offer support for devices such as Tile as well as extends the working range of devices including Ring Smart Lighting.

Amazon has provided a dedicated mute button on the Echo (4th Gen) to let users keep their microphone off when they don't want to access Alexa using voice commands. In terms of connectivity, the speaker has dual-band Wi-Fi 802.11ac as well as a 3.5mm headphone jack. It can also work as a regular Bluetooth speaker. Besides, the new Echo measures 144x144x133mm and weighs 970 grams.

The Amazon Echo Dot (4th Gen) comes with a 1.6-inch audio driver and features a similar spherical design as the new Echo, along with a light ring. The speaker also comes with a mute button and includes the tap-to-snooze feature that is useful for snoozing alarms. Connectivity options on the Echo Dot (4th Gen) include Bluetooth, dual-band Wi-Fi 802.11ac, and a 3.5mm headphone jack. The speaker measures 100x100x89mm and weighs 341.3 grams.

The Amazon Echo Dot (4th Gen) with clock is identical to the new Echo Dot. It, however, features an LED display at the front that lets you view the current time, outdoor temperature, timers, and alarms. The speaker measures 100x100x89mm and weighs 351.3 grams.