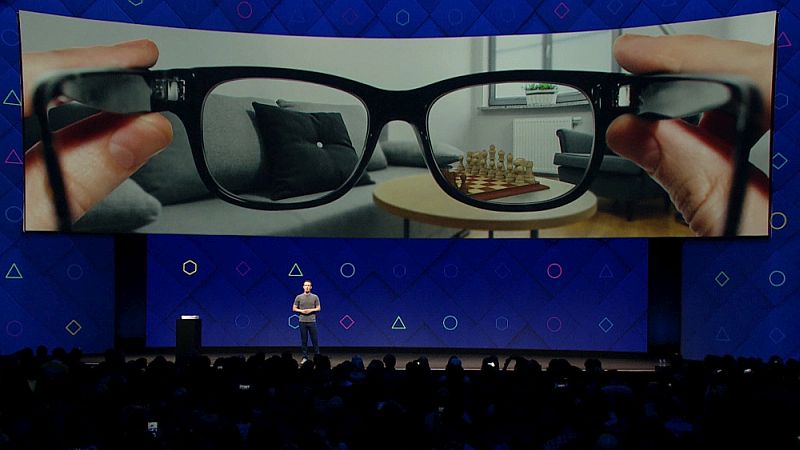 Facebook's annual developer conference F8 2017 kicked off at the McEnery Convention Center in San Jose, California, on Tuesday, and Day 1 saw augmented reality as the centre of discussion of the event. Facebook CEO Mark Zuckerberg opened the keynote explaining how the camera on the smartphone is the first mainstream augmented reality platform. Zuckerberg announced the launch of the Camera Effects Platform, which will let developers build AR tools for the camera.

Facebook Is for 'Everyone', Says CEO Zuckerberg in Jab at Snapchat

Apart from Camera Effects platform, new Facebook Spaces VR app was also announced alongside Developer Circles, a community-driven program that's free to join and open to any developer. The F8 conference also saw the announcement of the Places Graph and improvements to Messenger.

Here are major announcements from F8 2017 likely to impact Facebook and other related services for rest of the year:

The Camera Effects Platform includes two products: Frames Studio, an online creative editor which is now available globally, and AR Studio, which is now open for beta apps and can be used to create masks, scripted effects, animated frames and other AR technologies.

Facebook Spaces has been launched in beta for Oculus Rift and will let users view Facebook content with friends in VR, including 360 videos and photos. Facebook Spaces will come with Messenger video calling feature to call a friend in the real world.

Places Graph
The keynote presentation on Tuesday also saw the launch of the Places Graph which will provide access to data on over 140 million places including public spaces and parks, to restaurants, stores and other local businesses around the world. The data will include place names, addresses, photos, Facebook consumer ratings and more.

Workplace
Facebook launched its Workplace to takes on Slack for intra-office communication last year. At F8 2017, the company announced bot integration in Workplace. The company will now allow Workplace customers to build bots to interact with other tools and services within the app. The company claimed that Workplace is being used by 14,000 businesses. The intra-office communication lets users utilise Facebook tools like News Feed, Groups, Messages, and Events.

Interested enterprise users can sign up for Facebook's Workplace for free which is currently being tested. The company is said to officially launch the standard version of its Workplace later this year. The "freemium" strategy will help Facebook to gain more users on-board and will be tough for competing Slack to counter.

Messenger
Facebook at last year's F8 opened the Messenger Platform to the developer community. The company this year announced several improvements to the Messenger including new Discover tab which will make it easier for people to find the businesses they care about in Messenger. The Discover tab has started rolling to users in the US.

Messenger Doubles Down on Bots After Slow Start

Facebook introduced M AI assistant for Messenger in 2015, and the assistant is now receiving ability to order food from within the app. Facebook at F8 stressed that the entire food ordering can be completed in Messenger including group ordering and payment.

The company also announced new rich game play in Messenger including game bots and Smart Replies, which will help Pages to respond to the most frequently asked questions.