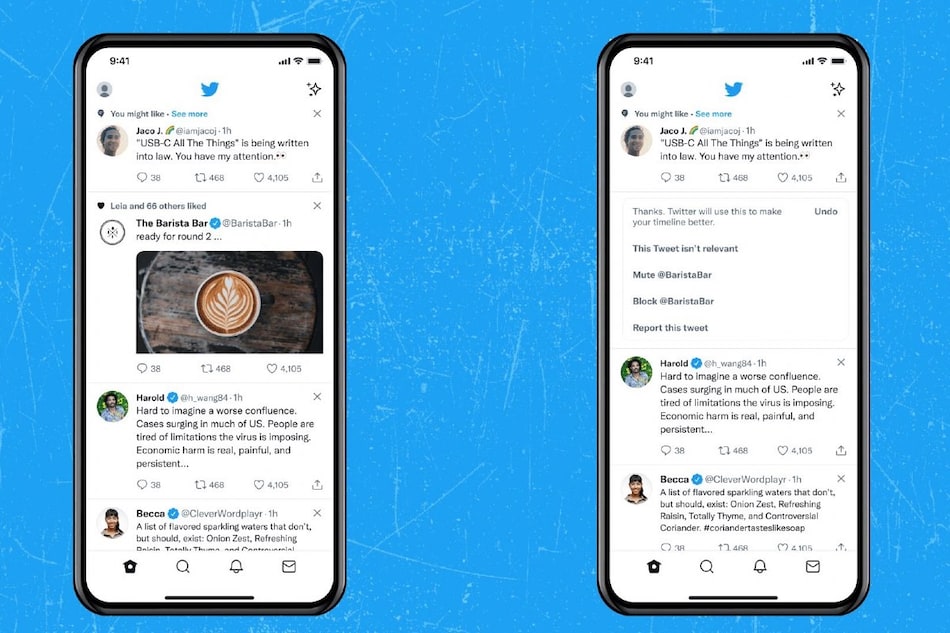 Twitter is expanding how it recommends posts from accounts that users do not follow, the social media company announced on Tuesday. As part of the expansion, it is also building tools for users to control and provide feedback on that content.

"With millions of people signing up for Twitter every day, we want to make it easier for everyone to connect with accounts and Topics that interest them," Twitter said in a blog post.

The tests come as social media companies double down this year on what they call "unconnected content," or posts from accounts users do not follow, after short video app TikTok shot to prominence relying entirely on algorithm-driven suggestions.

Among the new designs Twitter has been testing is placement of "related tweets" below conversations on a tweet detail page, said Angela Wise, a Senior Director of Product Management responsible for "discovery" on the service.

Competitor Meta Platforms is aiming to double the percentage of recommended content that fills its users' feeds on Facebook and Instagram by the end of 2023, it disclosed in July.

Twitter is making less of a wholesale shift than that, having embraced recommended tweets in its home timeline as far back as 2014, although at least some of its redesigns likewise include nods to TikTok.

In one recent experiment presenting a choice between algorithmic and chronological versions of its home timeline, it renamed the algorithmic version "For You," the same as TikTok's main page, for example.

Twitter's Wise said the company's discovery efforts were largely aimed at new users, who have yet to figure out which accounts to follow and generally send the company fewer signals about their interests than do prolific longtime tweeters.

Some users have complained about "related tweets" exposing them to irrelevant hyperpartisan content and creating confusion over which tweets were part of a conversation and which were suggested by algorithm.