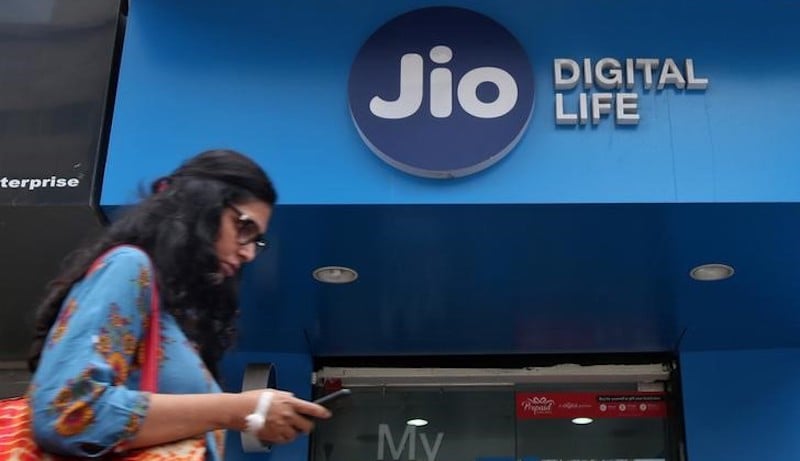 As expected, Xiaomi Mi Max 2 was launched in India on Tuesday at an event in New Delhi. The Chinese manufacturer partnered with Reliance Jio to offer additional 100GB of 4G data with the purchase of the Xiaomi Mi Max 2 from various online and offline channels. This offer is limited to up to 10 recharges of Rs. 309 and above till May 2018. At the event, President Devices at Reliance Jio, Sunil Dutt announced this offer, and also made some interesting announcements - some old, some new - about the mobile data consumption explosion experienced by India in the six months since Reliance Jio's launch.

For starters, Dutt reiterated the claim that before Jio’s launch, India consumed around 0.2 billion gigabytes of mobile data per month. However, after the introduction of Jio last year, the Indian consumer has ramped up its data consumption in six months to 1.2 billion gigabytes per month, out of which 1 billion gigabytes per month is consumed by Jio subscribers alone. The data consumption market has expanded 6 times in the last six months itself, largely with the help of Jio, Dutt said. Notably, the telecom company also created a world record of the fastest 100 million user acquisition ever.

Dutt also claims that Reliance Jio alone caters to 85 percent of India's mobile data consumption, which means other telcos like Airtel, Vodafone, and Idea come in the remaining 15 percent bracket. Furthermore, he claims that almost the entire video data consumption traffic is on Jio. Dutt said Reliance Jio has seen 3.6 million peak simultaneous video streams on a daily basis. This last number has gone up since, and new announcements can be expected soon.

Touching upon the impact of these milestones by Jio on Indian ranking, Dutt added that Jio is the only exabyte (one quintillion bytes) network in the world, carrying 15 percent of the world’s mobile data traffic. This makes it the world's largest mobile data network, and pushes India to the top of the mobile data consumption rankings, ahead of the USA, China, Japan, and South Korea.

These numbers speak volumes of Reliance Jio’s stupendous success story in India in less than twelve months. The telco is accredited to push the 4G revolution in India, even gaining attention of big technology companies like Apple who are now considering manufacturing in the country as well.

Reliance AGM on Friday: What to Expect in Addition to Jio Feature Phone

NASA's Langley Research Center Turns 100 Years Old
That’s You! Is a PS4 Game You Play With an Android or iOS Device