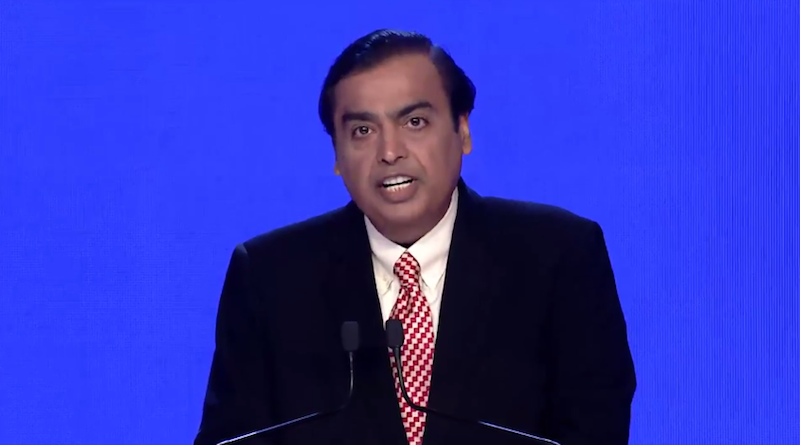 Reliance Jio's total subscriber base has crossed the 100 million mark within 170 days of the service's launch, announced Reliance Industries Chairman Mukesh Ambani at an event in Mumbai. The richest man in the country thanked the first 100 million users, and announced the new Jio Prime subscription plan that will provide them the same free calls, data and other services they received under the Happy New Year plan at a price of Rs. 10 per day.

Reliance Jio Prime Subscription Plan: What It Is, How Much It Costs, How It Works, and More

Ambani said that Reliance Jio has acquired roughly 7 users per second per day for 170 days, and the 100 million user base in less than six months represents an unprecedented level of acceptance for any tech company anywhere in the world so far. He added that lakhs of Jio users have opted for MNP and chosen Jio as their primary network. The company had user base of 72.4 million at the end of December 2016, as per regulatory filings, which means that it acquired 27.6 million users in the less than 2 months.

Reliance Jio's 100 million users make 200-crore minutes of voice and video calls per day, and consumed over 100 crore GB of data in the month of January. Ambani also said that the Jio network carries 3.3 crore GB of data per day, and 5.5 crore hours of video per day. He added that India tops the world now in terms of mobile data consumption.

Talking about the Reliance Jio network, Ambani said that the company has spent 6 years in setting up the 4G network, which provides it a significant advantage over other Indian telecom operators. He added that as of now, Jio has twice the number of base stations compared to all other operators combined. Reliance Jio's network will cover 99 percent of the Indian population by 2017-end, and cover nearly all cities, towns, and villages, Ambani said.

Ambani also announced that Reliance Jio will begin tariff plans from April 1, after the Jio Happy New Year Offer expires on March 31. Jio's postpaid and prepaid plans will continue to include free voice calls indefinitely, and will come with free roaming and no hidden costs. He also said that Reliance Jio is looking to double data capacity in the coming months.

The company also announced the new Jio Prime subscription plan that will provide users for another year the same unlimited data and other free services and benefits that they get under the Jio Happy New Year Offer.