Tata Sky Binge+ users are gradually getting a new software update that preinstalls the Netflix app, according to a report. 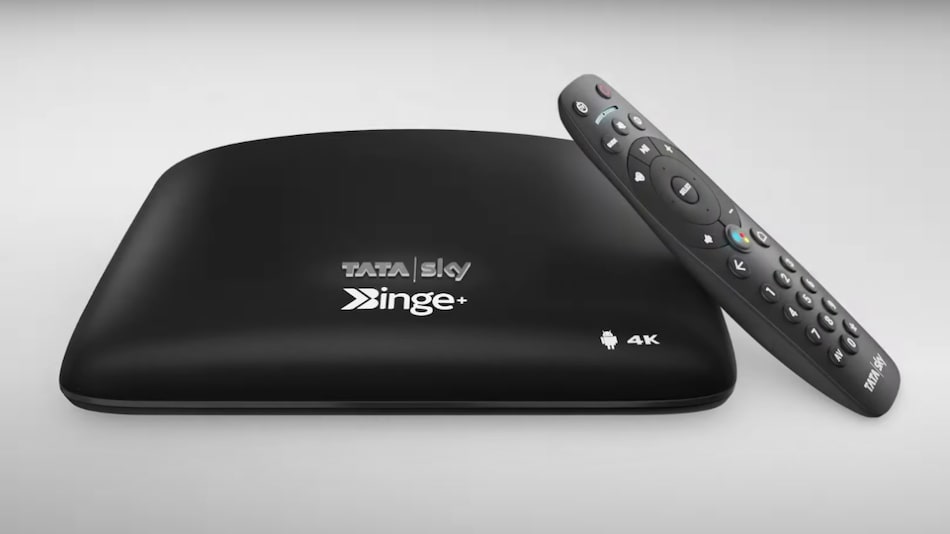 Tata Sky Binge+ was launched in early 2020 without Netflix access

Tata Sky Binge+ users have started getting Netflix access on their Android hybrid set-up boxes, according to a report. The new experience is said to be available through an over-the-air (OTA) software update. Back in 2018, Tata Sky tied up with Netflix to offer TV shows, films, and documentaries from the over-the-top (OTT) platform to its subscribers. The direct-to-home (DTH) operator, however, did not provide Netflix access through its Binge+ service at the time of its launch in early 2020.

DTH-focussed site DreamDTH reports that Tata Sky has pushed a new OTA update for Tata Sky Binge+ that brings Netflix access. The system update is said to be gradually rolling out to all active Binge+ set-top boxes.

Once the update is installed, the Netflix app is available on the home screen by default. Users just need to log in with their credentials on the OTT platform to start streaming its content on the Binge+ set-top box, DreamDTH said.

Tata Sky rival Airtel Digital TV has provided Netflix to its Xstream set-top box users since the beginning. However, Tata Sky did not provide Netflix access on its Binge+ set-top box at its launch in January 2020. The Android TV-powered model, though, offered access to other OTT platforms, including Disney+ Hotstar, Eros Now, and SonyLIV, among others.

Gadgets 360 has reached out to Tata Sky for a confirmation on the rollout of Netflix on a pan-India basis. This article will be updated when the company responds.

Tata Sky last year introduced the Tata Sky Binge app for mobile devices that aimed to offer OTT content to DTH subscribers. The app included content from 10 different platforms, including Disney+ Hotstar, Eros Now, Voot Select, and SonyLIV, among others. It debuted with a monthly plan of Rs. 149 in which users can access OTT content on up to three mobile devices. A Rs. 299 plan was also introduced to access the Binge service on both mobile devices and TVs.

Samsung Galaxy S22 Series Price in US Leaked, Tipped to Launch on February 8