Speaking at an event of Broadband India Forum (BIF), TRAI chief noted that with proposed induction of 5G services is right around the corner. 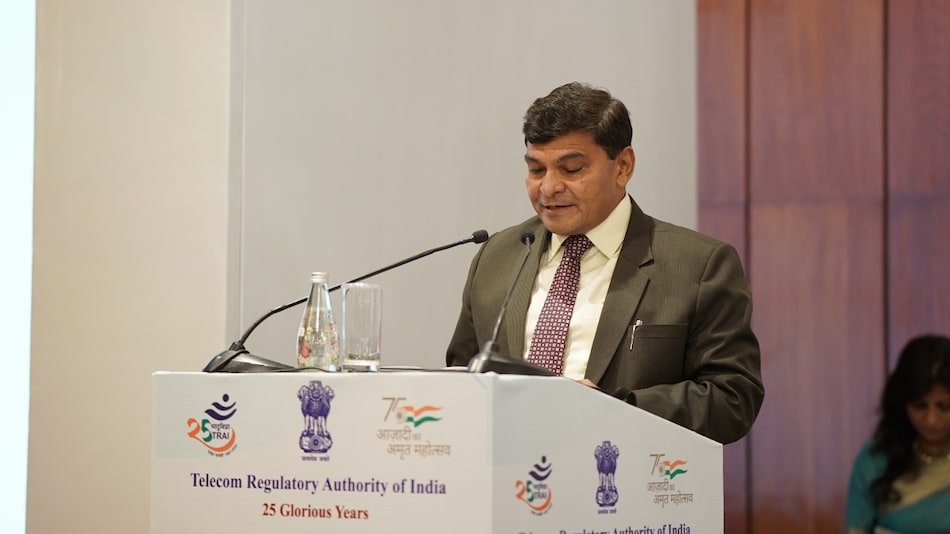 Speaking at an event of Broadband India Forum (BIF), TRAI chief noted that with proposed induction of 5G services, an "exponential" rise in data usage is right around the corner.

Studies have found that in 5G countries such as South Korea, the UK, the US, Japan, Australia and Germany, smartphone users on average consumed between 1.7 and 2.7 times more mobile data after the introduction of fifth-generation services, as compared to 4G.

He called upon telecom service providers and Wi-Fi hotspot providers to work together and come up with India-specific business models.

"If you want to leverage the combined power of mobile and Wi-Fi technology to improve our digital infrastructure, increase digital inclusion, and bring us to the world-level, telecom companies and Wi-Fi providers have to start working together collaboratively and develop innovative business models which are win-win for both, as well as for the consumers," Vaghela said.

The TRAI (Telecom Regulatory Authority of India) chief also spoke of public Wi-Fi emerging as one of the most successful means of enhancing broadband connectivity and digital proliferation.

"Keeping in mind the constraints of the mobile spectrum and network infrastructure, we need to have a complementary framework of Wi-Fi, including public Wi-Fi. Worldwide Wi-Fi, especially public Wi-Fi, has emerged as one of the most successful means of enhancing broadband connectivity and proliferation," he pointed out.

"Comparing it with global penetration and use, one can have no doubt about the growth prospects of Wi-Fi in India...public Wi-Fi can benefit the people, the economy and the nation.. .those who are digitally excluded can have broadband connectivity through Wi-Fi," Vaghela asserted.

Realising this, the National Digital Communications Policy 2018 had set a goal of 10 million public Wi-Fi hotspots, by 2022.

"However, we are way behind this target," he said. TRAI has been conscious of the need to promote Wi-Fi in India, and has suggested enabling measures from time-to-time.

He said that going forward, the expected arrival of next-generation 'Wi-Fi 6' will further reinforce the need for a robust, public Wi-Fi network in the country.

"A robust public Wi-Fi network will help deliver extremely high-capacity, high-speed and highly secure broadband services to consumer by synergising with the PM WANI model. Wi-Fi 6 will be many times faster than the current Wi-Fi standard and will offer better performance for every megahertz of spectrum," Vaghela said.

He further mentioned that 'Wi-Fi 7' is also on the horizon, and is expected to significantly increase data download speeds, and offer lower latencies.

"This would truly help compliment 5G technology and improve overall quality of services," he said.

'PM WANI', despite its promising framework, has not made desired progress perhaps due to competition with cheap mobile data or other factors like the need to create greater public awareness, he said.