Baidu Unveils Autonomous Vehicle Without Steering Wheel, Says Will Use for Robotaxi Service

The new vehicle will possess autonomous Level 4 capabilities that need no human intervention. 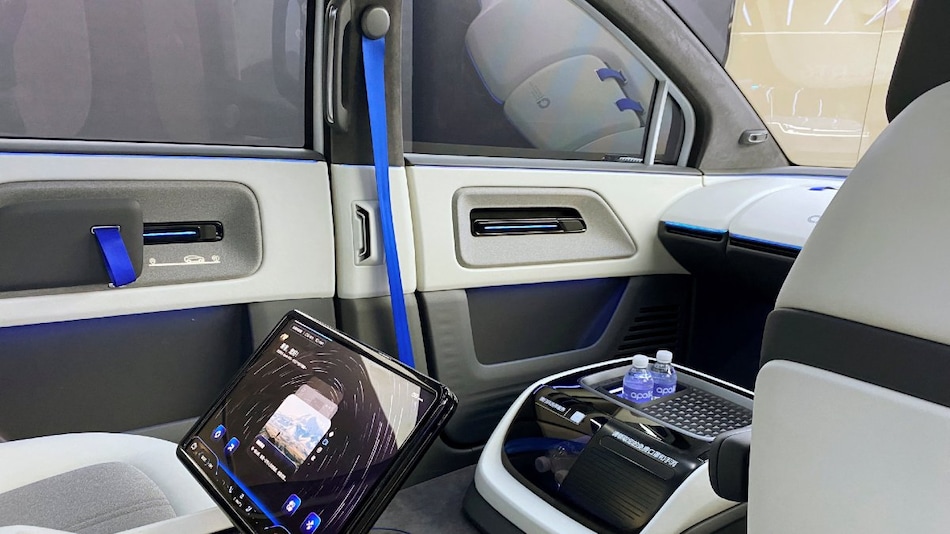 The company did not disclose the manufacturer for the new model

China's search engine giant Baidu on Thursday unveiled its new autonomous vehicle (AV) with a detachable steering wheel, with plans to put it to use for its robotaxi service in China next year.

“This massive cost reduction will enable us to deploy tens of thousands of AVs across China," Baidu's chief executive Robin Li said at the Baidu World conference. "We are moving towards a future where taking a robotaxi will be half the cost of taking a taxi today.”

The new vehicle will possess autonomous Level 4 capabilities that need no human intervention, with 8 lidars and 12 cameras alongside the car. Lidars are detection systems, similar to radars, which use pulsed laser light rather than radio waves.

The company did not disclose the manufacturer of the new model.

Tesla's chief executive Elon Musk said in a conference with investors in April that the company aims to start mass production of its robotaxi without a steering wheel or pedals in 2024, and predicted that a robotaxi ride will cost less than a bus ticket.

Alphabet's Waymo also unveiled a robotaxi without a steering wheel last year, saying it planned to roll out its "fully autonomous vehicles" in the US in the coming years.

However, automakers and tech companies around the world are still waiting for nods from regulators to deploy such vehicles in the real world.

The vehicle will hit the roads without a steering wheel once Chinese authorities approve it, said Baidu Senior Vice President Li Zhenyu at the conference, adding that the driving capability of Baidu's new AV can match a skilled human driver with over 20 years of experience.

Baidu, which launched its autonomous driving unit Apollo established in 2017, is among a number of companies in China striving to make mainstream use of autonomous vehicles a reality.

Its rivals in this area include Pony.ai, backed by Toyota and WeRide, which has received investment from Nissan and Guangzhou Automobile Group.

Apollo Go, Baidu's robotaxi service, has operated over 1 million times across 10 Chinese cities since its launch in 2020 and Baidu said in April that it received permits to deploy robotaxis without humans in the driving seat on open roads in Beijing.

Premint Hack Victims to Be Reimbursed With Over $525,000 in Ether Coins