The new 7900 series has three-side Ambilight LED lighting behind the screen. 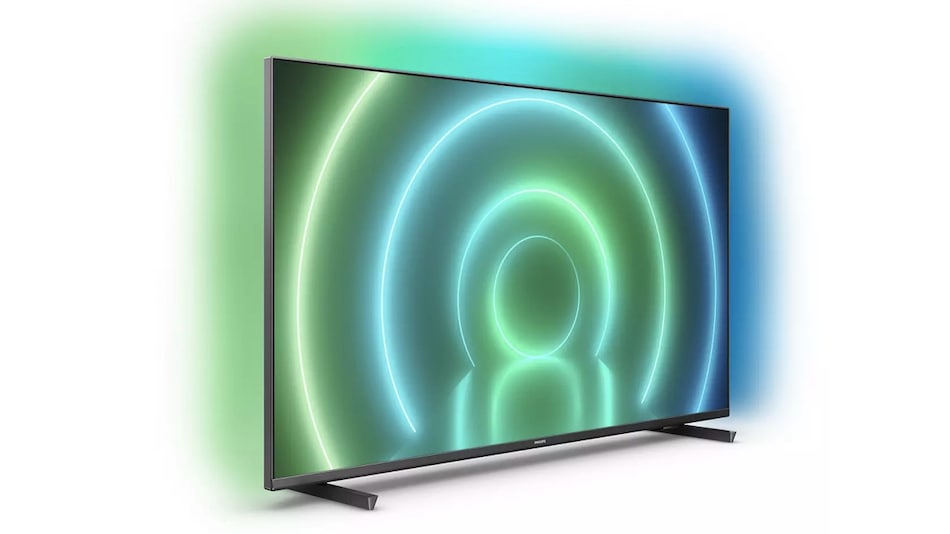 Philips 7900 Ambilight Ultra-HD Android LED TV series has been launched in India, with prices for the range starting at Rs. 99,990 in India. The television range is available in three sizes - 55 inches, 65 inches, and 75 inches - with all televisions in the range having Ultra-HD (3840x2160-pixel) LED screens, with support for HDR up to the Dolby Vision format, and Dolby Atmos. The Ambilight TV range features built-in three-sided LED lights behind the screen, which replicate the colours on screen for a unique viewing effect.

The Philips 7900 Ambilight Ultra-HD LED Android TV series is available in three size options - 55 inches (Rs. 99,990), 65 inches (Rs. 1,49,990), and 75 inches (Rs. 1,89,990). All three have similar specifications and features, apart from the obvious differences in size, with Ultra-HD LED screens, and three-sided Ambilight LED lighting behind the screen. The televisions will be available through Philips' sales and distribution network, which includes online and offline multi-brand electronics retail stores.

This is similar to the effect achieved by aftermarket rear lights from brands such as Govee and Philips itself, but the lighting system on the Ambilight TV is integrated straight out-of-the-box, and requires no additional setup. The lights can be customised and controlled directly using the remote of the TV, and even switched off as needed.

In addition to this, the Philips 7900 Ambilight LED TV series supports high dynamic range content in all the major formats, including Dolby Vision, HDR10+, HDR10, and HLG. The television also supports Dolby Atmos sound, with the 55-inch TV featuring a 20W speaker system. The Ultra-HD screen has a refresh rate of up to 60Hz, and the television has dual-band Wi-Fi and Bluetooth 5 connectivity.

The television runs Android TV software, with the new stock Android TV user interface, and access to major apps and streaming services through the Google Play Store. There is also Google Assistant support through the remote, as well as built-in Google Chromecast.