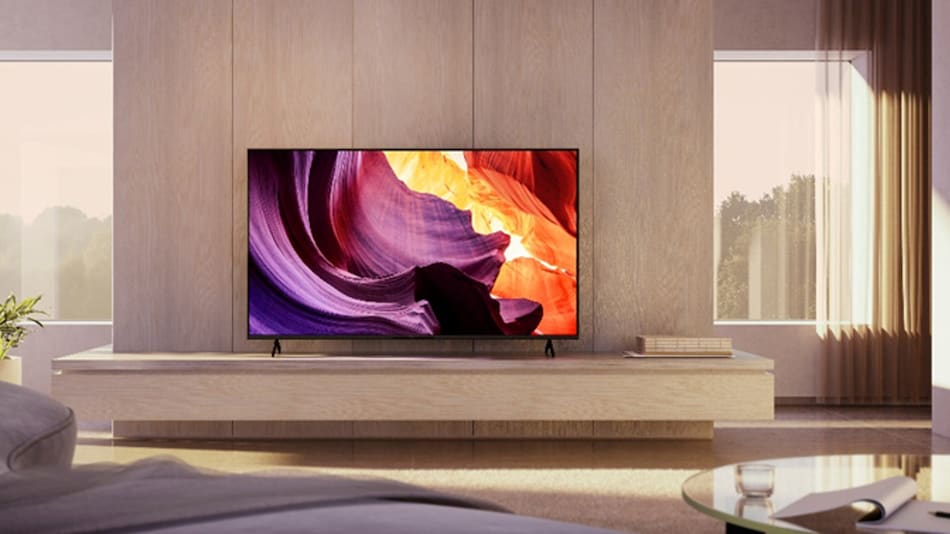 The newly launched Sony Bravia X80K smart TV lineup is available in five screen sizes with a 4K (3,840 x 2,160 pixels) LCD display with support for HDR10, Dolby Vision, and HLG formats. The Triluminos Pro display by the company is claimed to enhance the colours on the screen. The bezel has a black shade and the panel refresh rate is 50Hz.

The smart TV models are powered by the Sony 4K HDR processor X1. The processor is said to adapt the picture to the surroundings to ensure optimised viewing experience. The Sony Bravia X80K Smart TV models pack 16GB of inbuilt storage and run-on Google TV (based on Android TV). Users can access the Google Play store with a wide range of supported apps.

Audio on the Sony Bravia X80K smart TV models are handled by two 10W speakers with support for Dolby Audio, Dolby Atmos, DTS Digital Surround, and acoustic auto-calibration. The television models have a dedicated low-latency mode in HDMI 2.1 for gaming.