The Mi TV Stick could be priced lower than the Amazon Fire TV Stick in India. 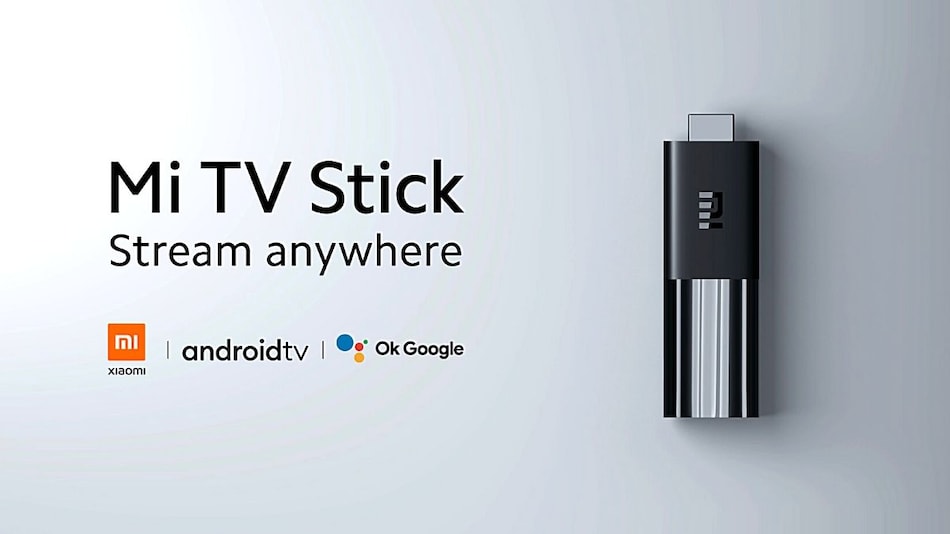 Mi TV Stick is set to launch in India on August 5, revealed through a teaser posted on the Xiaomi's social media. The new offering, which was launched in Europe earlier this month for EUR 39.99 (approximately Rs. 3,500), will take on the Amazon Fire TV Stick and allow users to stream content directly from services including Amazon Prime Video, Disney+ Hotstar, and Netflix. The full-HD streaming device is the second such product to be launched by Xiaomi, after the company introduced the Mi Box 4K in India earlier this year.

The Mi TV Stick launch has been announced through a tweet by the company, and is set to take place on August 5. The device comes with a remote that supports voice controls through Google Assistant, as well as Chromecast for use with supported devices. The device is capable of streaming at up to full-HD (1920x1080 pixels) resolution at 60fps, and runs on Android TV 9 Pie. The Google Play store for Android TV is available on the device, allowing users to download and install any of over 5,000 apps available on the platform. This includes popular streaming services such as Netflix and Amazon Prime Video, as well as games and social media services.

Unlike the Mi Box 4K that was launched in May this year, the Xiaomi Mi TV Stick has a small form factor and connects directly into the HDMI port of your TV. The remote of the Mi TV Stick is identical to that of the Mi Box 4K, with hot keys for Netflix and Amazon Prime Video built in. The device can be used to add smart functionality to a non-smart HDMI TV, or improve the software experience on smart televisions that are no longer receiving software updates or do not support key apps and services.

The Xiaomi Mi TV Stick is priced at EUR 39.99 (approximately Rs. 3,500) in Europe, but could be priced much lower in India, considering that the Ultra-HD capable Mi Box 4K is priced at Rs. 3,499 in India. It's likely that Xiaomi would try to undercut the Amazon Fire TV Stick, which is priced at Rs. 3,999 in India and has similar capabilities and app support to the Mi TV Stick. More details will be revealed on August 5, when Xiaomi launches the product in India.