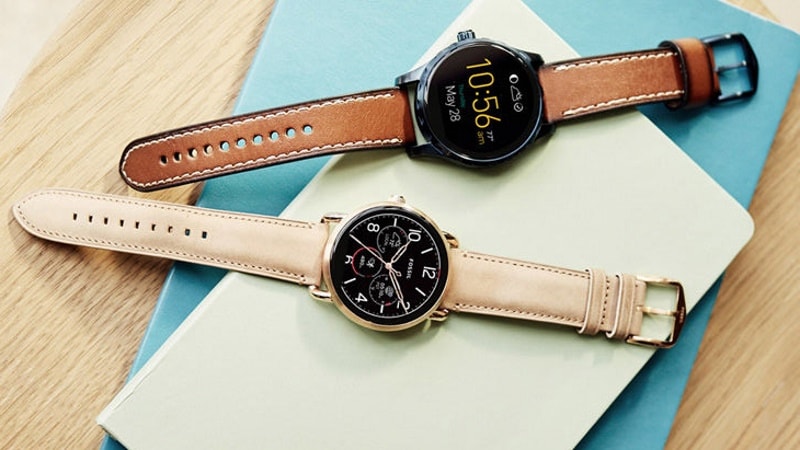 The smartwatch market in India is still quite nascent, with many global players yet to make their way into the country, and the entry of Fossil's smartwatches will definitely heat up the competition. The Fossil Q Marshal smartwatch for men and the Fossil Q Wander smartwatch for women are priced at Rs. 21,995 with Silver (metal), Black (leather), and Dark Brown (leather) strap options. There is a Rose Gold (metal) strap option of the Fossil Q Wander, priced at Rs. 22,999. You can interchange between bracelets and straps with new 22mm ones in case the old one is worn out, or if you just want to fancy a different one. However, the straps aren't being sold separately on Flipkart as of now.

Both smartwatches house a battery of 360mAh that last up to 2 days and require 120 minutes to fully charge. The company claims the smartwatches come with magnetic wireless charging for the batteries. Besides, the smartwatches are IP67-certified making them resistant to both water and dust. A G-sensor, gyroscope, compass are also present in them, along with built-in speaker and microphone to take up calls on the fly. The smartwatches also come with fitness tracking and notification support for your Android or iOS device.

With a price of Rs. 21,999, Fossil may not convince those looking for an affordable smartwatch, but it is surely going to compete with Motorola's Moto 360, Titan's new Juxt Pro, Apple Watch Series 1, and Pebble Time Steel to name a few.