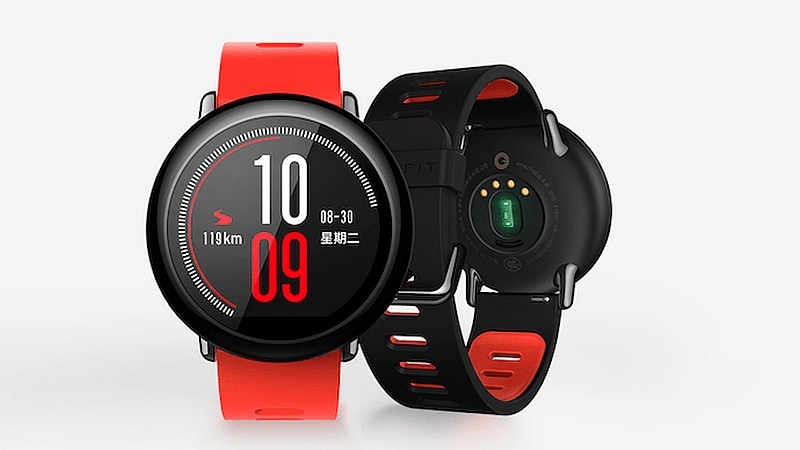 Xiaomi on Tuesday launched its latest wearable in China, the much-anticipated first smartwatch from the company. Made in collaboration with partner Huami, the Xiaomi Amazfit smartwatch has been priced at CNY 799 (roughly Rs. 8,100) and will be available to purchase in the country from Wednesday.

The Xiaomi Amazfit is claimed by the company to be the world's first smartwatch with a 28nm GPS sensor. The smartwatch is also dust and water resistant with IP67 certification. It sports a ceramic bezel, which is said to be scratch resistant, while the smartwatch comes with a 22nm band that is user replaceable.

The Amazfit bears a 1.34-inch circular display with a 300x300 pixel resolution. It is powered by a 1.2GHz processor that's coupled with 512MB of RAM. Coming with 4GB of storage, the smartwatch also features a heart rate sensor on the rear panel with continuous tracking. The company has also partnered with Alibaba to offer mobile payment support for the AliPay service.

Xiaomi says the Amazfit will work with any Android device that supports the MiFit app and has it installed.

The Chinese company announced the Amazfit is powered by a 200mAh battery that's rated to deliver up to 5 days of battery life. With GPS enabled, this figure drops to 30 hours, and while using just the pedometer function, the battery is said to last 11.6 days.

Tuesday's China launch of the Xiaomi Amazfit smartwatch was first reported by PhoneRadar.

While we've mentioned above the Xiaomi Amazfit is the company's first smartwatch, that's not technically correct - the company launched a kid-focused smartwatch back in May.