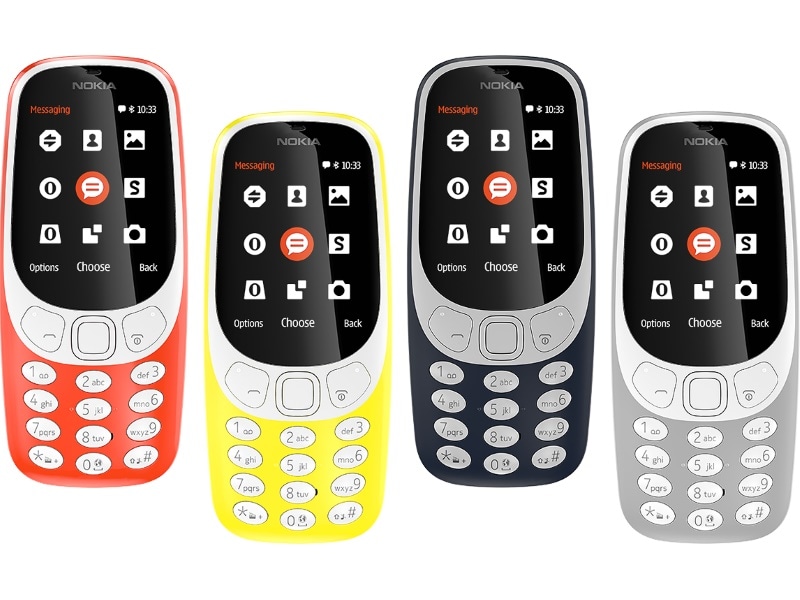 HMD Global, the company now carrying the Nokia brand-name, said that the success of Nokia phones in India will be a “proof of concept” for the company. Speaking with Gadgets 360, HMD Global Chief Product Officer Juho Sarvikas said that India had been its first research market. He elaborated, "If we can win the hearts and minds of the Indian consumers with our story, then I have no concerns about our global story.” However, there is still no official word on the India launch date and prices of Nokia 3, Nokia 5, Nokia 6, and Nokia 3310 (2017) phones yet.

WhatsApp’s encrypted iCloud backups can be thwarted, claim hackers
WhatsApp introduced encryption to its iCloud backups last year, but a Russia-based forensics firm Oxygen claims that it has a workaround. It claims it can access the encrypted WhatsApp data by using a SIM card with the same phone number as the user’s, though they would still need to get into your iCloud account in the first place. On the other hand, if you have two-factor authentication turned on, you should be fine.

OnePlus 5 teased, as OnePlus 3T 128GB is seemingly discontinued
Chinese manufacturer OnePlus confirmed that OnePlus 5 would arrive in the summer late last week, and now it has started to tease the device, with a post on its Weibo account. In another leak on the social network, the phone’s sketches have surfaced, which suggest a dual camera on both the front and the back. It also appears to have a curved back, with a USB Type-C port and headphone jack on the bottom of the new phone.

Alongside this, the higher-capacity 128GB variant of OnePlus 3T is no longer available on the OnePlus website, and Amazon India. When reached for comment, a OnePlus spokesperson said that it was merely out of stock, and hadn’t been phased out. For what it’s worth, the 128GB variant has been discontinued in other parts of the world.

Amazon Prime discount on Samsung Galaxy C7 Pro, HTC U Play gets a Rs. 10,000 price cut
Two phones that arrived earlier this year have received price cuts on Amazon India. The first is Samsung’s Galaxy C7 Pro, which is now available at a discount of Rs. 2,000, so it’s down from Rs. 27,990 to Rs. 25,990. There’s a caveat though, you need to be a Prime member to avail said discount. The Android 6.0.1 Marshmallow-based Samsung Galaxy C7 Pro has an all-metal body, 5.7-inch full-HD screen, 2.2GHz Snapdragon 626 processor, 4GB RAM, 64GB internal storage, up to 256GB microSD card support, fingerprint sensor, 3300mAh battery, and 16-megapixel cameras in front and back.

The second is the HTC U Play, which was launched in February at Rs. 39,990. It’s now down to Rs. 29,990 – a price drop of Rs. 10,000 – equivalent to a discount of 25 percent. That one is open to everyone, so you don’t need Amazon Prime. HTC U Play is available with no-cost EMIs, and buyers using the credit card EMI option can get up to Rs. 2,300 in Amazon Pay balance, and one year insurance for accidental and liquid damages. The smartphone has a 5.2-inch full-HD screen, MediaTek Helio P10 processor, 4GB RAM, 64GB internal storage, up to 2TB storage expansion, 16-megapixel rear and front cameras, and 2500mAh battery.

Google Chrome for Android makes it easier to save offline
A new update to Google Chrome for Android brings easier access to the app’s offline save feature. Now, you merely have to hold down on any link, and choose Download Page Later from the options presented to you. The option is even available with suggested articles, and when a page fail to loads. The Google Chrome update also makes it easier to view them. When you open a new tab, the downloaded articles will carry an offline badge next to them.

Google’s Fuchsia OS shows up in video leak
Google’s mysterious Fuchsia OS, which began life as code on GitHub last year, has now leaked in new images and video, giving us a look at what the company seems to be building as an amalgamation of sorts between its two existing properties, Android and Chrome OS. But unlike those two, Fuchsia isn’t based on a Linux kernel. It’s still very early to speculate on how this might be a combined vision for smartphones, tablets, and computers, but we might just find something out during Google I/O next week.

Facebook suffers temporary outage around the world
Facebook faced an outage for some of its core services – the main website, and the Messenger app – across Asia, Australia, New Zealand, and some parts of North America on Tuesday. A Facebook spokesperson confirmed to TechCrunch that it was the result of a technical issue, which had been fixed. As always, users took to rival Twitter to complain about the incident.

In terms of graphics performance, both the 630 and 660 have a 30-percent improvement on their predecessors, the 625 and 653, respectively. They also come with Qualcomm’s proprietary Quick Charge 4.0 technology, which gets you 50 percent battery life in under 15 minutes. Qualcomm said to expect the first devices using Snapdragon 660 sometime in June, with the Snapdragon 630 showing up later in Q3.

Oukitel K10000 Pro has a 10,000mAh battery, expected to release in June
Battery life is usually at the top of the list for most users, which means brands can easily impress if they’ve got a leg up on their competition. Chinese manufacturer Oukitel rode that wave in 2015, and it’s back again with a slight modification – the new phone is called K10000 Pro.

The difference isn’t in the size of the battery, which is why the name still carries that ‘10000’. Rather, Oukitel will include a 12V/2A flash charger with your purchase, so you can top it up fully in about three hours. As for specifications, the K10000 has a full-HD 5.5-inch display, an octa-core 1.5GHz MediaTek MT6750T chip, and 3GB of memory. Owing to the humongous battery inside, it weighs 292g. Storage has been bumped up to 32GB, and there’s even a fingerprint scanner on the back.

Intex Aqua A4 launched at Rs. 4,199; Swipe Elite Star gets Rs. 3,699 gold variant
If you’re in the market for an entry-level Android phone, there are two new contenders in the mix. Delhi-based Intex has launched the Aqua A4, with the highlight features being support for 4G VoLTE (read: Jio), and Android 7.0 ‘Nougat’. It costs Rs. 4,199, and has dual-SIM support.

The Intex Aqua A4 has a 480p display, and is powered by a 1.3GHz quad-core Spreadtrum SC9832 chip, with just 1GB of memory. There’s 8GB of storage inside, which is expandable to 64GB with a microSD card. The new Intex phone has a 5-megapixel camera with fixed focus on the back, and a 2-megapixel one on the front. It’s got a 1,750mAh battery, which Intex says should give you 4-6 hours of talk time.

Swipe’s announcement is a new variant of its Elite Star, which landed in December. The company has upgraded the phone to 16GB, but the new Gold colour variant is stuck with 8GB. It’s available at Rs. 3,699 via Flipkart, which is surprisingly more than the 8GB variant of Black and White colours. All the other details were already known, and you can find them here.

Nubia Z17 leak suggests phone will have 8GB of memory
A leaked listing of Nubia Z17, a brand operated by China's ZTE, shows that the phone might carry 8GB RAM, which is truly a preposterous amount for any smartphone. A screenshot taken by a Weibo user in China reveals the upcoming phone – after last month’s launch of Z17 mini – might have two memory and storage variants, 6GB + 64GB, and 8GB + 128GB.

The leaked Nubia Z17 images also reveal a near bezel-less display, and dual-camera setup on the back, with a fingerprint scanner below it. The Z17 will have a 5.5-inch display, be powered by a Snapdragon 835, sport a 23-megapixel and 12-megapixel camera setup on the back, and run Android 7.1.1 ‘Nougat’. Those specifications put it right alongside the flagships from other manufacturers.