What Android Users Should Know About Google's Fight With the EU 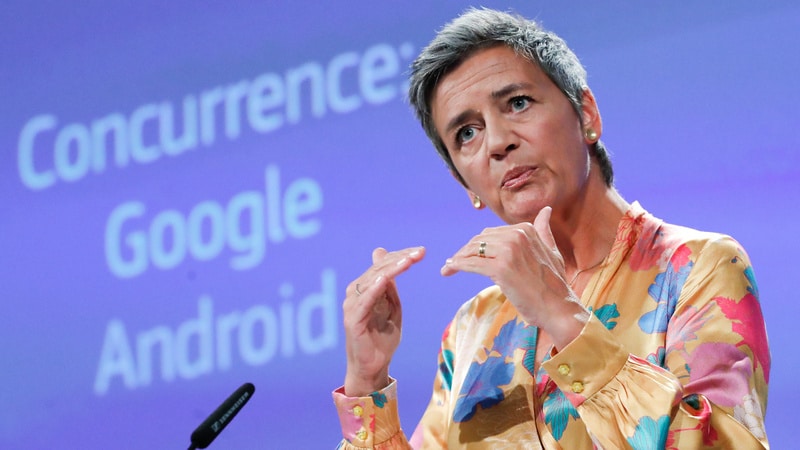 The European Union slapped Google with a $5 billion (roughly Rs. 34,400 crores) fine Wednesday, alleging that the tech giant has acted in an uncompetitive manner by pre-loading apps and its services, such as Google search and the Chrome browser, onto Android phones. But as the specifics of the complaint are being pored over, it's not clear how this will affect the more than 2 billion people across the globe who use Google's Android operating system every month.

At least in the short term, consumers won't see many changes to the phones in their pockets. For one, the complaint gives Google 90 days to change its practices in Europe. Also, Google has said it will appeal the decision.

If Google is unsuccessful, then there could be some noticeable differences. On a small scale, this ruling could change what apps are installed when Europeans pick up a new phone from the store. What is installed by default is a big part of the EU's complaint, which objects specifically to the automatic installation of the Chrome browser and Google's Play store. (Google already gives people the option to download alternatives to many of its apps, but it may have to make this more explicit.)

The European Union said in a press release that 95 percent of Android users use Google Search, indicating to regulators that the vast majority of people are not changing their settings.

When faced with antitrust charges before, Google has given people the option to choose between services while setting up their phones. An antitrust dispute in Russia, for example, prompted Google to change its design to offer people a choice of search engines when they set up their phones.

The hope is that unbundling Google's apps from phones levels the playing field for competitors to get their foot in the door - or rather their app in front of new eyeballs. For consumers, that might mean having to seek out alternatives because there isn't a default option. But, the EU's argument goes, then they might find other products that suit their needs better.

That idea, however, threatens the very foundation of Android. Right now, Google's Android software is "open," or available to manufacturers free. At that price, it's obviously cheaper for companies to choose Android than to develop their own system. Google reaps the benefits of those partnerships because its products, such as search, are baked into the software and used by millions.

Making its platform open to manufacturers, such as Samsung, Huawei, and others, has given Android a sizable lead in the operating system race. Apart from Apple, no company has been able to develop an alternative to Android that competes with that dominance. Worldwide, Android is being used by nearly 80 percent of mobile users, according to StatCounter, a web analytics firm.

Google would have to change a lot if it adopted a strategy, for example, more like Apple - which has a closed operating system - said Larry Downes, project director at the Georgetown Center for Business and Public Policy and a columnist for The Post's Innovations section. If it adopted that model, it would have to sell the Android operating system to smartphone makers upfront. That cost would probably be passed on to all consumers, he said.

"If they can't rely on that as a source of money, they'll have to charge for Android and all the software that Google makes," Downes said.