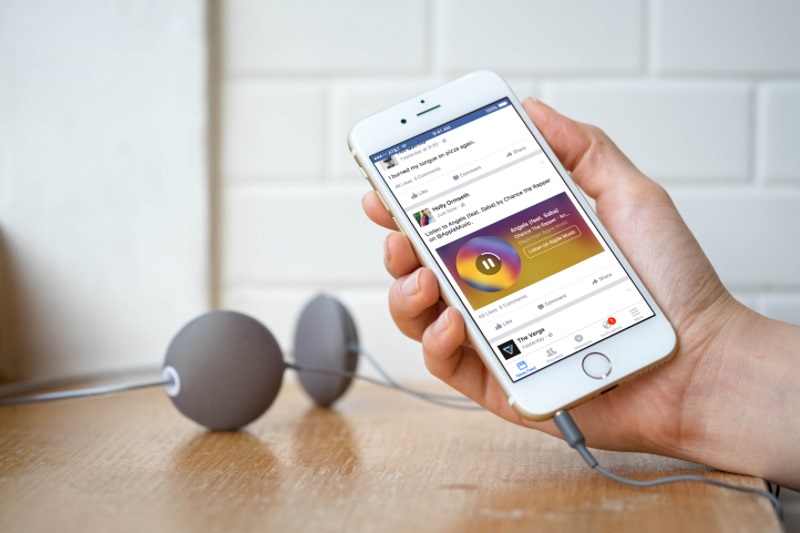 Dubbed "Music Stories," the new format creates a tidy, user-friendly Facebook entry whereas a fan in the past might have posted a cumbersome or random link to a webpage.

Music Stories will initially only work on Facebook's Apple-compatible mobile app for users with accounts on streaming leader Spotify or Apple Music.

A person listening to a song on a streaming site would click "share" and then "copy." He or she would then paste it on Facebook, adding commentary if desired, and friends will see the post with options to hear the song.

Music Stories marks the latest effort to expand forms of content at Facebook, which allows its more than 1.5 billion users to swap messages, photos and videos.

Facebook, which on Wednesday posted stronger than expected earnings, earns the vast majority of its revenue from advertising and, unlike other web giants, has focused on staying free for users.

Apple and Google have both launched paid platforms for music streaming, which allows unlimited, on-demand selection of songs online.

Spotify, despite criticism from some artists, maintains a free tier backed by advertising, meaning that Facebook users can hear songs recommended by friends without paying.

Streaming has been growing rapidly, with revenue from the sector in the United States rising 23 percent in the first half of 2015 compared with a year earlier, according to the Recording Industry Association of America.

Spotify, started in Sweden, remains by far the largest streaming site. It says it has 75 million active users, of whom 20 million pay for subscriptions.