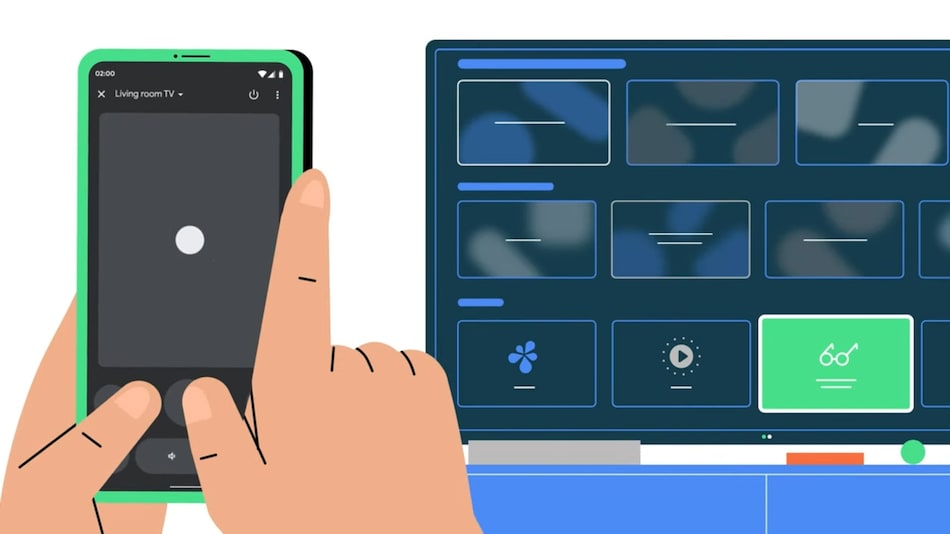 Google is removing the Android TV remote app from the Google Play store following the arrival of the Google TV app remote, as per a report. The Android TV remote app is reportedly only visible to users on the Google Play store app or the website if they had previously downloaded it. The new remote will be available for users either through the Quick Settings menu or through the Google TV app and is reportedly only available for Android users at the moment.

As per a report by Android Police, Google has ended support for the Android TV remote app. As mentioned, the app is no longer visible on the Google Play store app or website for users who did not previously download it on their devices. The precise date for the delisting of the Android TV remote app is uncertain but the report mentions it happened after August 1.

Google confirmed to The Verge that the Android TV remote app will be discontinued entirely once the Google TV remote app is widely available to users.

"We're making the experience of using your phone as a virtual remote control faster to access and easier to use by upgrading the UI and integrating the feature directly into the Android mobile OS as well as the Google TV app," a Google spokesperson was quoted as saying.

The report further mentions that users would need Android TV Remote Service 5.0 — which has already started rolling out — on their Android TV OS television or device. The spokesperson also reportedly mentioned that the update will be rolled out automatically throughout the week and will update automatically through the Google Play store.

Google announced the new Google TV remote app through a post on its Keyword blog on September 23. The new app will let users utilise their smartphone as an auxiliary remote for using their TVs — Google TV or any Android TV OS device. The new remote can be accessed via the quick toggle settings or through the Google TV remote app and will be arriving in 14 more countries.