Google Meet’s new Audio and Video Lock feature allows hosts to prevent participants from unmuting themselves after they are muted. 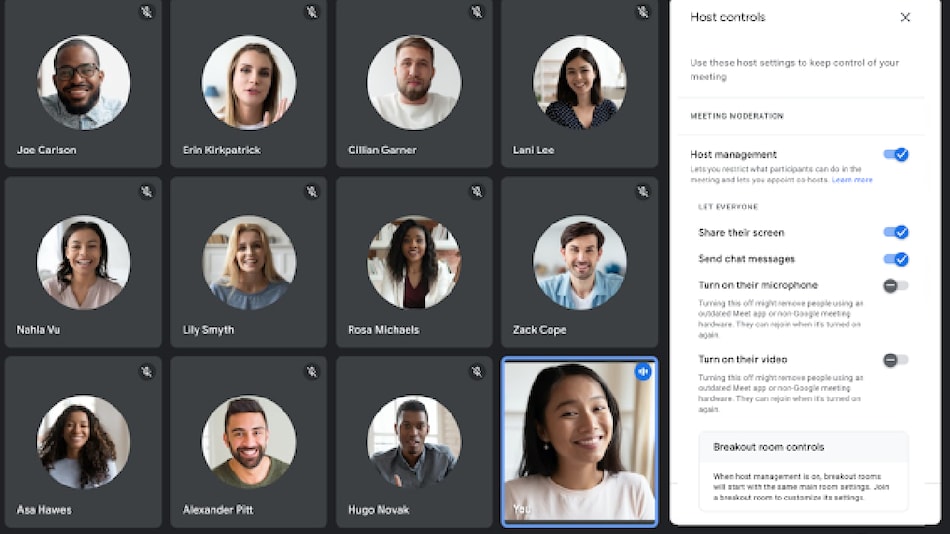 Google on October 21 announced the arrival of the new feature via a blog post. The Audio and Video Lock feature gives hosts more moderation control over their meetings to ensure productivity. For example, a host can use this option when a background noise disturbs other listeners. Additionally, the host can also decide on allowing different levels of participation from attendees.

During a call, the latest Audio and Video Lock will apply to any subsequently launched breakout rooms — smaller groups within Google Meet as well. Once a breakout room is formed, any changes made to a lock setting in an individual room will not affect the settings of other breakout rooms or the main meeting.

The feature works on devices with Android OS version M or newer and iOS version 12 or newer. Users need to have the latest updated version of Meet or Gmail app as well. People using a version of Google Meet on Android or iOS that does not support the newly launched feature will be removed from the meeting if the host or co-host turns on either of the locks. If the participants attempt to join a meeting that has either of these locks enabled, they will be asked to update their app or use another device to join the meeting. Turning off the audio or video locks will allow these participants to rejoin the meeting.

The Audio and Video Lock feature started rolling out on October 21 for users on the Rapid Release domains. It will be made available to all users in the coming weeks. Google confirmed that it will be available to all Google Workspace customers and G Suite Basic and Business customers.