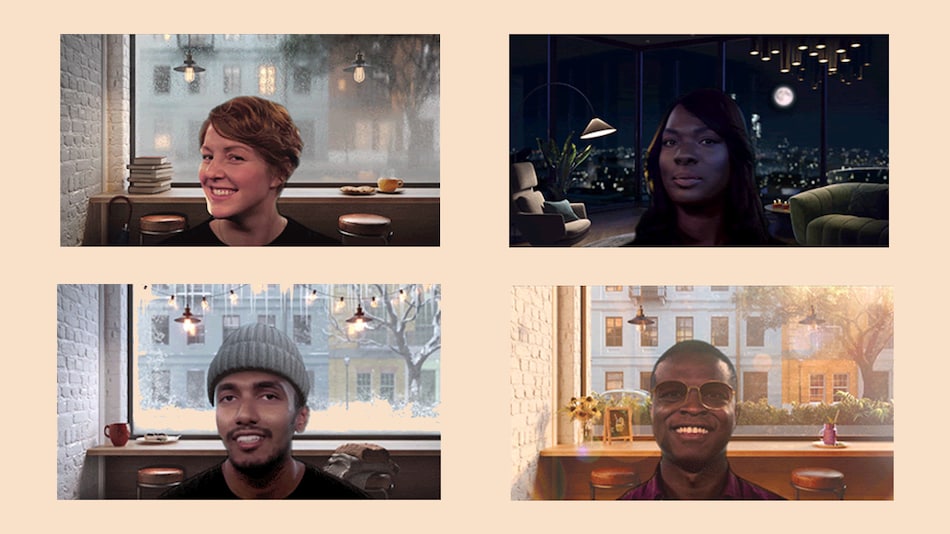 Google Meet has added new immersive backgrounds and styles that allow Web users to change their backgrounds during a video call. The platform has added two new animated backdrops called Cafe and Condo which will help users represent their current time zone and climate. Both the interiors will have multiple iterations including rainy, sunny, or snowy weather, along with morning and night time zones. Google Meet previously offered background options including classroom, party, and forest. Additionally, Google Meet is offering options to add several light and colour filters and more stylised backgrounds to customise the video.

Google on November 17 announced the new update for Google Meet via a blog post. The five new immersive, subtle animations will make a background livelier or change the lighting settings, said Google. As mentioned, Google Meet desktop users can select Condo (morning or night) and Cafe (Rainy, Snowy, or Sunny) for animated video backgrounds before joining a call or during a call from the effects settings panel.

The new animated background options are rolling out for Google Workspace customers, and G Suite Basic and Business customers. Personal Google accounts can not avail it currently. Google said that it may take up to 15 days for eligible devices to see the new options. Google also warns that changing the background may slow down the device.

In an effort to rival Zoom, Google introduced custom backgrounds for video calls back in 2020. Since then, the video calling platform was bringing updates and modifications to the feature. In September this year, it added a new settings panel to offer quick access to effects such as background blur, background images, and styles. Also, the company announced a functionality to correct poor lighting during video calls. The feature automatically detects when a Web user appears underexposed during a video call and enhances the brightness of their device to improve visibility.