Users have to ensure that they are on latest version 2.30 for all four Microsoft Office apps. 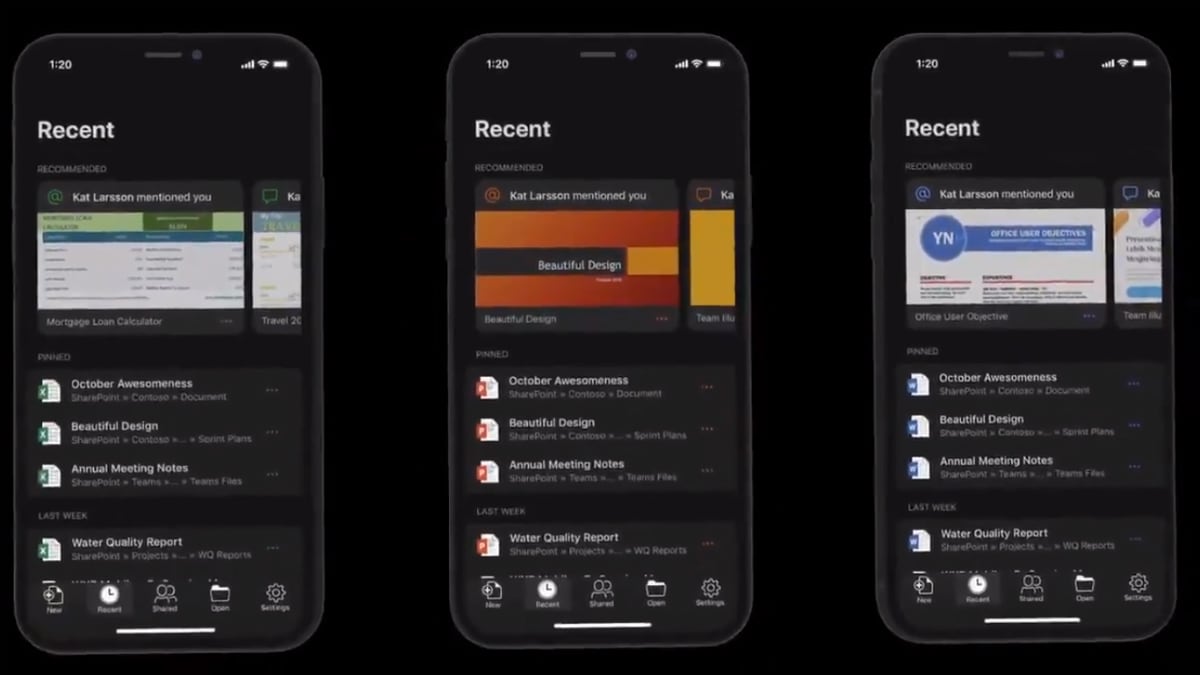 Microsoft has now introduced Dark Mode for Word, Excel, PowePoint, and OneNote users on iOS. Users need to head to the App Store to update to the latest versions of these apps, in order to experience the grey interface. Microsoft tested the new mode out with Insider members for a little less than a week, before rolling it out to everybody. Users have to ensure that they are on version 2.30 for all four apps - Microsoft Word, Excel, PowerPoint, and OneNote – on their iPhone or iPad.

Akshay Bakshi, Microsoft's Office for iOS and macOS Product Manager, took to Twitter to announce the rollout of the new update for all of these apps, on iPhone and iPad. The v2.30 update will allow users to use Microsoft Word, Microsoft Excel, Microsoft PowerPoint, and Microsoft OneNote in dark mode. This will help in reducing eye strain, and give it a neat aesthetic that has become quite popular these days.

This comes two months after Microsoft Outlook got support for dark mode on Android and iOS both. At that time, the Redmond giant had confirmed that the company will add support for dark mode to other Office apps like Word, Excel, and PowerPoint as well, once Apple releases iOS 13. The support has finally arrived one month after the release of iOS 13. OneDrive for iOS received its dark mode late last month. As mentioned, dark mode can help users reduce eye strain, help increase battery life, or simply make their workstation look better. Do give it a try and let us know how you like the new dark mode on the Office apps in the comment below!

You can download the latest update for Excel for iOS, OneNote for iOS, PowerPoint for iOS, and Word for iOS from the App Store.