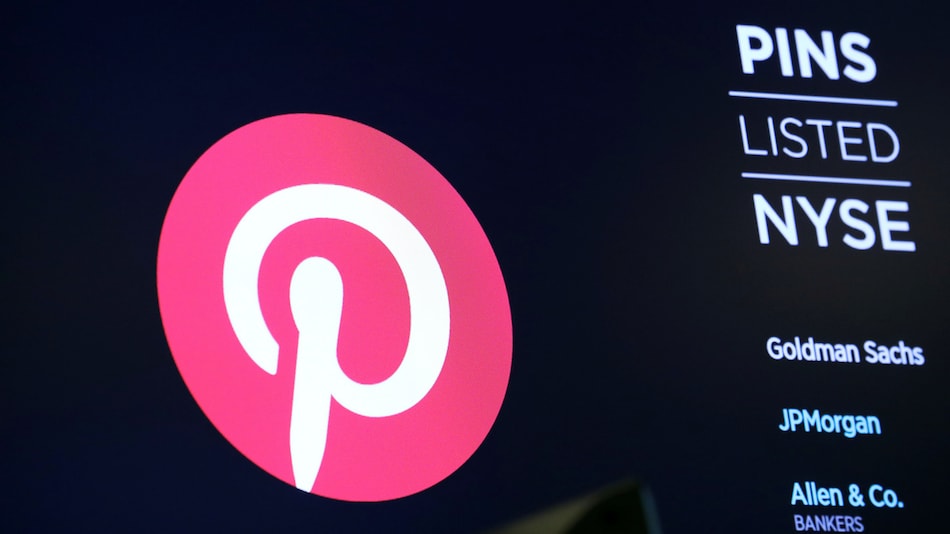 Pinterest posted its slowest quarterly revenue growth in nearly two years and turned a loss, the latest social media platform to fall victim to a slowdown in advertising spending by companies worried about a gloomy economic outlook. Decades-high inflation is forcing companies to make cuts to their marketing budgets this year, driving online players such as Alphabet, Meta and Snap to intensely compete for shrinking ad dollars. Pinterest's third-quarter revenue grew 8 percent to $684.6 million (roughly Rs. 5,600 crore), mirroring a slowdown seen at its bigger rivals. The figure was, however, higher than the $666.71 million (roughly Rs. 5,500 crore) expected by analysts, according to Refinitiv data.

The return of outdoor activities has also meant that fewer people are engaging with the image-sharing platform for inspiration to take up activities such as home renovation and recipe-based cooking. Pinterest's global monthly active users (MAUs) were flat at 445 million, but they came in above Factset estimates of 437.4 million.

Earlier this month, shares of Pinterest slid along with YouTube-parent Alphabet, Facebook-parent Meta, and Twitter after Snap, the owner of photo messaging app Snapchat forecast zero revenue growth for the current quarter. The announcement triggered a slide in other social media stocks dependent on advertising revenue.

Pinterest's global average revenue per user rose 11 percent to $1.56 (roughly Rs. 130). Pinterest said it was expecting revenue growth in mid-single-digit percentage in the current quarter, due to slightly greater foreign exchange headwinds than in the third quarter.