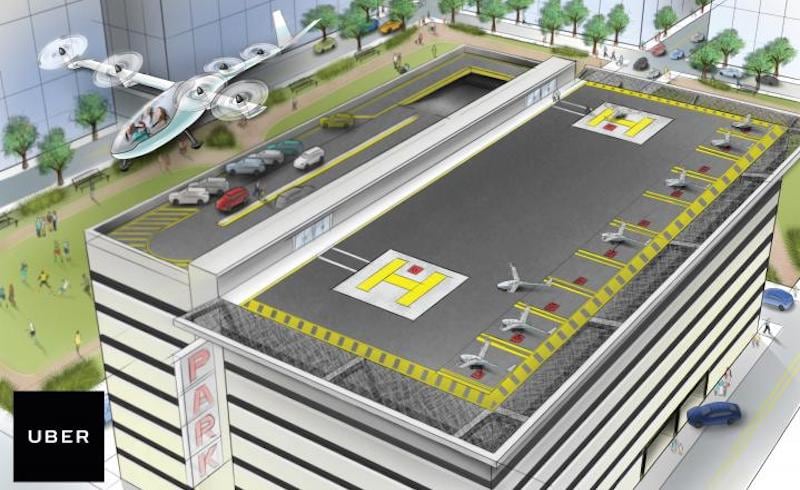 Flying commuters like George Jetson could be whizzing to work through the sky less than 10 years from now, according to ride-services provider Uber, which believes the future of transportation is literally looking up.

Uber released a white paper on Thursday envisioning a future in which commuters hop onto a small aircraft, take off vertically and within minutes arrive at their destinations. The flyers would eventually be unmanned, according to the company.

It sounds like the opening sequence to "The Jetsons", the 1962 US cartoon about a future filled with moving sidewalks, robot housekeepers and spaceflight, but Uber sees flying rides as feasible and eventually affordable.

Uber already offers helicopter rides to commuters in Brazil. The company plans to convene a global summit early next year to explore on-demand aviation, in which small electric aircraft could take off and land vertically to reduce congestion and save time for long-distance commuters, and eventually city dwellers.

Others have also envisioned such aircraft, akin to a helicopter but without the noise and emissions. Vertical take off and landing aircraft (VTOL) have been studied and developed for decades, including by aircraft makers, the military, NASA and the Federal Aviation Administration.

Uber is already exploring self-driving technology, hoping to slash costs by eliminating the need for drivers in its core business of on-demand rides. On-demand air transport marks a new frontier, set squarely in the future.

Uber's vision, detailed in a 97-page document, argues that on-demand aviation will be affordable and achievable in the next decade assuming effective collaboration between regulators, communities and manufacturers.

Ultimately, using VTOLs for transport could be less expensive than owning a car, Uber predicted.

Such on-demand VTOL aircraft would be "optionally piloted," Uber said, where autonomous technology takes over the main workload and the pilot is relied on for situational awareness. Eventually, the aircraft will likely be fully automated, Uber said.

Hurdles include battery technology. Batteries must come down in cost and charge faster, become more powerful and have longer lifecycles.

Regulatory hurdles must also be solved such as certification by aviation regulators as well as infrastructure needs, such as more takeoff and landing cites.