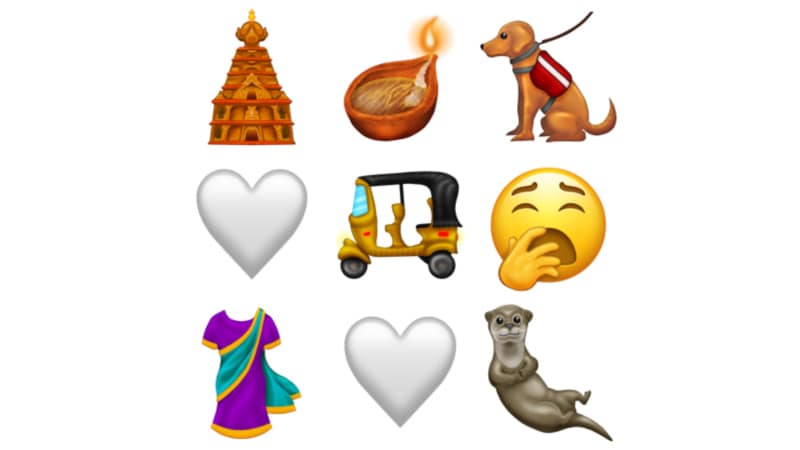 This is the sixth major emoji update since 2014

Unicode Consortium, the organisation that approves and standardises emojis, has released a list of 230 new emojis that will be making their way to various platforms in 2019 as part of the Unicode Emoji 12.0 release. There are only 59 new base emojis, but if you include all the gender and colour variants, the number goes up to 230. Some of the notable new additions are Hindu Temple, Sari, Auto Rickshaw, Diya, Deaf Person, Parachute, Drop of Blood, Ringed Planet, Service Dog, Axe, Banjo, Kite, White Heart, and Onion.

According to a blog post on Unicode website, the consortium has also released the sample images for the new emojis. However, it is important to note here that smartphone makers, platform owners, PC makers, and websites typically create own versions of the emojis that match with their own existing emoji designs. The post adds that typically new emojis start appearing on mobile phones in September or October, but it is quite possible that we may see the new ones even earlier.

As a part of the 230 new emojis, 59 are base emojis and 171 variants for gender and skin tones. These also include new colours for circles and squares.

As per a report in Emojipedia, it is the sixth major emoji update since 2014. Previous updates had included major changes like skin tone support in 2015, more representation for women in 2016, and hair colour additions in 2018.

The new set of emojis also expands the scope of people that can be represented, including differently-abled people, a gender inclusive couple, and a mix of skin tones for people holding hands.

Apart from the emojis that we have already mentioned, you can also expect to see butter, ice cube, manual wheelchair, falafel, waffle, garlic, sloth, brown heart, and yawning face emojis.