Apple AirPods, Other Accessories Could Get USB Type-C Port by 2024: Report

The USB Type-C charging standard was recently mandated for smartphones, tablets, and cameras sold in Europe from 2024 onwards. 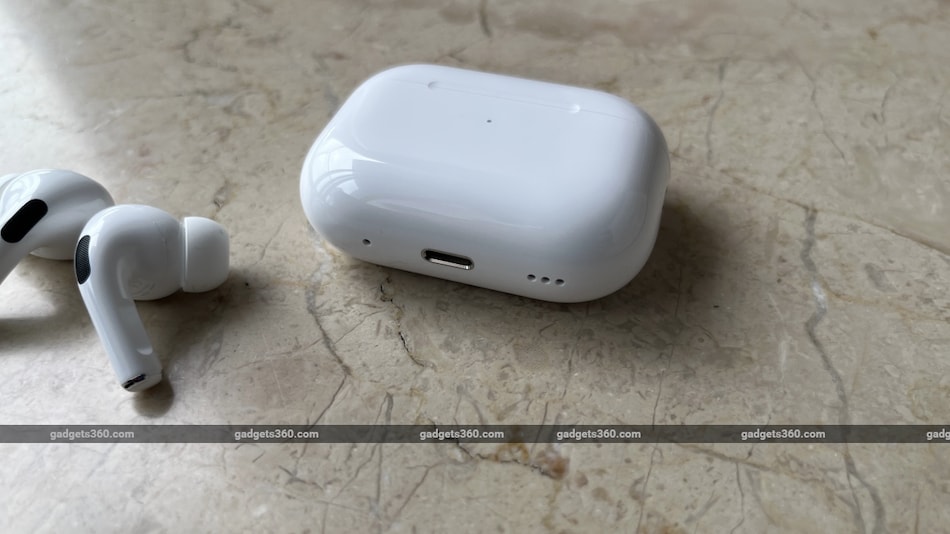 The Apple AirPods range, including the new AirPods Pro (2nd Gen), use the Lightning port for charging

Apple could be preparing to adopt the USB Type-C charging standard for many products in its range by 2024, including future products in the AirPods range, as well as various accessories for Mac devices. This could be in line with its plans to shift the iPhone and iPad product lines to the USB Type-C standard, in order to comply with a recent order passed by the European Union mandating the more universally used USB Type-C standard for smartphones, tablets, and cameras from 2024 onwards.

The speculation on this comes via a report from journalist Mark Gurman via his popular Power On newsletter on Bloomberg. In the newsletter, he suggests that Apple has already been planning for the possibility of the European Union mandating a single charging standard to improve interoperability and reduce environmental waste caused by disposal of chargers.

That law was passed recently, and will mandate that all smartphones, tablets, and cameras sold in the European Union have a USB Type-C charging port from 2024 onwards. This is expected to only significantly affect Apple, since it currently uses the Lightning standard for its iPhone and much of its iPad range. Most Android devices already use the USB Type-C standard, and are therefore already compliant with the upcoming law.

This means that new Apple iPhone devices will have to have USB Type-C ports to be sold in Europe from 2024 onwards, suggesting that the iPhone series will switch away from the current Lightning charging standard sooner rather than later. The Power On newsletter also suggests that Apple could have a plan in place to migrate its AirPods range and Mac accessories to the new standard alongside, even though those products do not fall within the scope of the European law.

This will be to ensure better interoperability even within the Apple ecosystem; the same charging cable and plug will work with iPhone, iPad, AirPods, and Mac devices and accessories. That said, Apple has indicated that it will heavily encourage the use of wireless charging for all of its products going forward, with the possibility of even having a port-less iPhone at some point down the line.

Many Apple products, including the iPhone series and newer AirPods models such as the AirPods Pro (2nd Gen), use the Lightning standard for wired charging. However, they also support Qi wireless charging, along with Apple's MagSafe technology for secure attaching with the wireless charger.