Realme Buds Air are going to be Realme’s first truly wireless earbuds and will take on Apple AirPods. 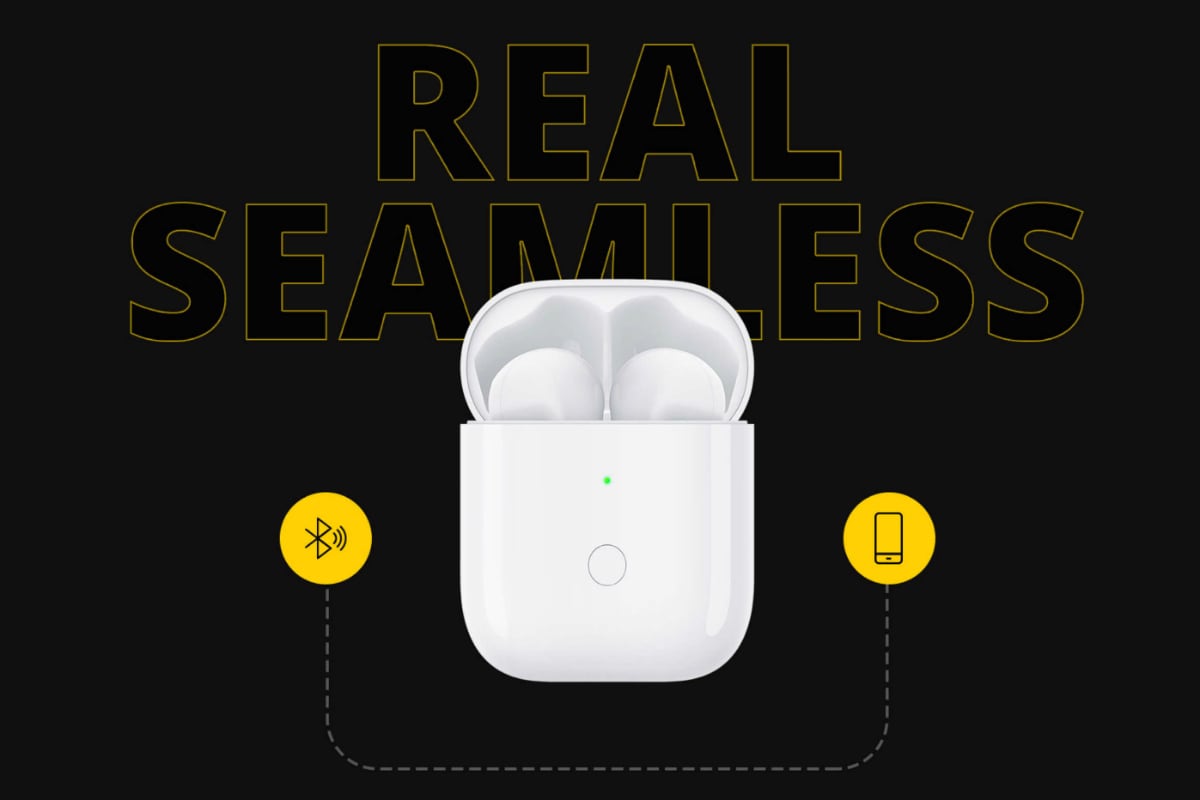 Realme Buds Air, the company's answer to Apple AirPods, is set to launch in India on December 17. But just days ahead of the official launch, the new earbuds have been spotted on Flipkart. The online marketplace reportedly listed the Realme Buds Air for a brief period and the listing has indicate the official price that Realme will publicly announce next week. The new earbuds will debut alongside the Realme X2 Star Wars Edition and Realme XT 730G that may end up being called Realme X2 in India as well.

The brief listing of the Realme Buds Air suggested that these new earbuds would make way to India at Rs. 4,999. This is significantly higher than the Rs. 1,799 price of the neckband-style wireless headphones Realme Buds Wireless that were launched in September.

Nevertheless, the spotted price tag of the Realme Buds Air is nearly one-third when compared to the second-generation AirPods that are priced at Rs. 14,900 in India.

The brief listing of the Realme Buds Air on Flipkart was spotted by MySmartPrice. However, the link to the listing wasn't working at the time of filing this story.

Realme India CEO Madhav Sheth at the Realme X2 Pro launch in New Delhi last month gave a sneak peek at the Realme Buds Air that are designed as the company's first truly wireless earbuds. While the official name of the earbuds wasn't announced at last month's launch event, Sheth recently revealed their name on Twitter. He and his team members at Realme India also teased the Black, White, and Yellow colour options of the Realme Buds Air.

Further, a dedicated page that's available on the Realme website revealed that the earbuds will come with a 12mm “Bass boost” driver and have Bluetooth v5.0 connectivity. There will also be an instant auto-connection feature that will connect the earbuds with a compatible smartphone just by opening the case -- sounds similar to quick connectivity available on AirPods. Realme would also offer Google Assistant support and touch controls to manage music and voice calls.

As per an invite circulated to the Indian media, the Realme Buds Air launch in India is scheduled for December 17. The company would bring the Realme X2 aka Realme XT 730G alongside the new earbuds to expand its existing smartphone portfolio in the country.