Realme Cobble Bluetooth speaker is claimed to deliver up to 9 hours of playtime. 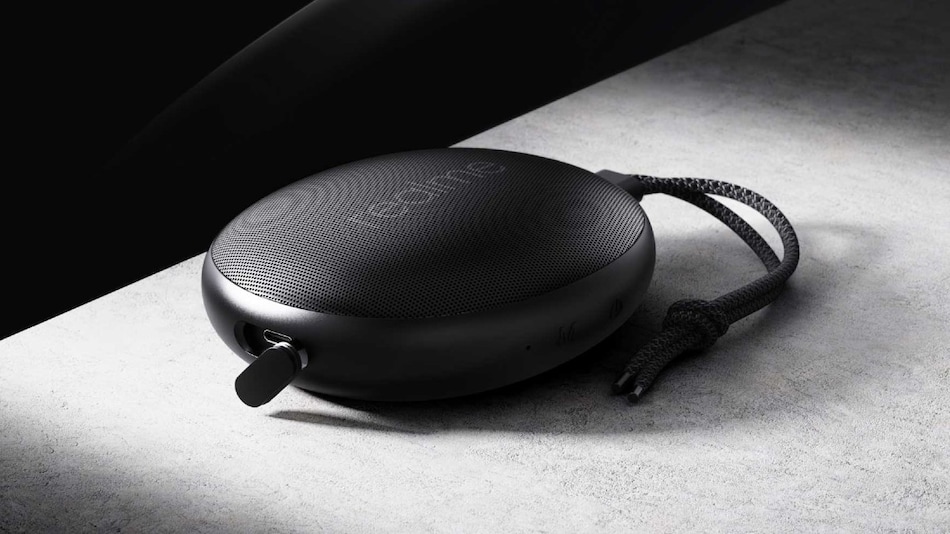 Realme Cobble Bluetooth speaker has been launched in Malaysia. The USP of the speaker is its luminous lanyard that glows in the dark, and a Game Mode that is claimed to have low latency. The speaker is fitted with a 1,500mAh battery, which is claimed to deliver up to 9 hours of playtime on a single charge. The speaker connects with the Realme Link app (only Android) that allows users to manage it, as well as personalise settings according to their preferences.

As per the company website, the Realme Cobble Bluetooth speaker is priced at MYR 99 (roughly Rs. 1,800). It has been launched in Metal Black and Electric Blue colour options. Realme hasn't made the speaker available yet in the country, and there is no information on its launch in international markets including India.

Realme Cobble Bluetooth speaker cobble shape with luminous lanyard that glows in the dark. It comes equipped with a Dynamic Driver which is combined with a passive bass radiator to enable deeper bass, and 5W sound output. Realme says that the speaker has stereo pairing feature and comes with three equalizer presets -- Bass, Dynamic and Bright. The Bluetooth speaker comes with a Game Mode that is claimed to offer a low latency as low as 88ms.

Realme Cobble Bluetooth speaker comes with IPX5 rating for water resistance allowing it to survive splashes and sprinkles. Connectivity options include Bluetooth v5.0. The speaker packs a 1,500mAh battery which is claimed to deliver up to 9 hours of playback time on a single charge. Realme says that the speaker can be charged in 2.5 hours. The Bluetooth speaker can be linked to an Android smartphone via Realme Link app to control music. The app is not available for iOS as of now.

Guardians of the Galaxy Vol. 3, Ant-Man and the Wasp: Quantumania Release Dates Set for 2023