Is this the best affordable Bluetooth speaker you can buy right now? 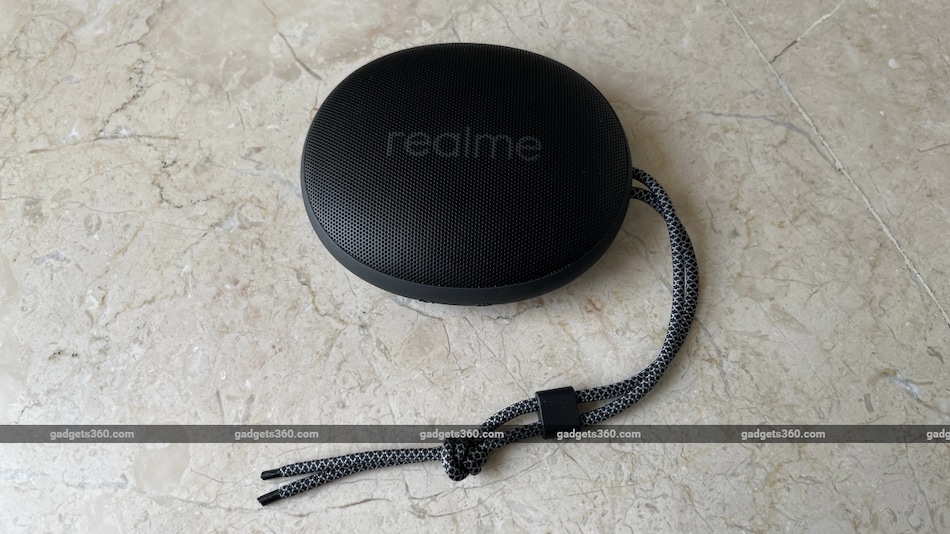 The Realme Cobble Bluetooth Speaker is priced at Rs. 1,799 in India

Realme might be best known for its smartphones, but the company has entered a number of product segments since its debut in 2018. The company now sells televisions and streaming devices, earphones, wearables, laptops and tablets, and smart home products in India. Recently, Realme also entered the Bluetooth speaker segment, offering affordable models with features that you don't typically see on products in the same price range. The product I'm reviewing here, the Realme Cobble Bluetooth Speaker, promises all that and more.

Priced at Rs. 1,799 in India, the Realme Cobble Bluetooth Speaker offers a lot that you typically wouldn't see at this price level, including 5W sound output, USB Type-C charging, and customisability through the Realme Link app. Is this the best portable wireless speaker you can buy right now on a tight budget? Find out in this review.

The name ‘Cobble' is a reference to cobblestone which used to be a prevalent building material for streets, pavements, and even buildings. This speaker is oval-shaped and has a large grille over the top-firing driver. A Realme logo is painted in the centre of the grille and I received a black unit for this review. The Cobble is also available in blue, with an interesting camouflage pattern on the grille instead of a Realme logo.

The Realme Cobble is neither very tall nor very wide, and it sits quite stably on any surface thanks to small rubber feet at the bottom. One side of the speaker has a fixed strap for easy handling, and the opposite side has a rubber flap that covers the USB Type-C port. The Realme Cobble speaker is IPX5 rated for water resistance, and should therefore be able to handle a few splashes of water.

The front has two buttons; one is for power, and the other is a multi-function button. The latter can be configured to control playback and other functions. Different button-press combinations can be customised through the Realme Link app, and the speaker automatically goes into pairing mode when it isn't connected to any source device. There's also a microphone and an indicator light on the front.

The Realme Cobble Bluetooth speaker has a single 5W driver. It uses Bluetooth 5 for connectivity with support for the SBC and AAC Bluetooth codecs. Included in the sales package is a USB Type-C charging cable. The speaker weighs just 200g, making it convenient to carry around.

The Realme Link app can be used to customise button behaviour, toggle the auto power-off feature to save power when the speaker is idle for 15 minutes, activate the low-latency game mode, and switch between equaliser presets. The app also displays the battery level of the speaker, and can be used to set up stereo pairing if you have a second Realme Cobble speaker. These are pretty good features for an affordable wireless speaker, and most others in this price range don't have such functionality.

Battery life is acceptable for a Bluetooth speaker of this size and price. The 1,500mAh battery in the Realme Cobble was able to power it for around eight hours on a single charge with the volume at moderate levels for music, plus occasional phone calls. This was close to the nine hours of playback time Realme claims for the Cobble.

Most wireless speakers priced below Rs. 2,000 aren't very large, and are geared towards a personal or small-radius listening experience. The Realme Cobble is just that. However, it is reasonably loud for its price and size with the volume turned up, and sounds decent even at around the 80 percent volume level.

The top-firing speaker driver means that the sound spreads fairly well around the device, and this allows it to be used in just about any position including hanging by its strap. Although it vibrates a lot in typical use, the rubber feet keep it stable when placed on any flat surface, and I found the multi-function button easy to reach when I used this speaker at my work desk.

When listening to Everlasting Days by Nu:Logic with the volume turned up, the Realme Cobble Bluetooth speaker made for an enjoyable experience, with sound that was clean and cohesive for a device of this size and price. The Cobble was able to keep up with the changing pace and drive of this track, but that said, the low-end didn't sound as impressive as I had hoped for – the bass sounded a bit flat and lacking in thump.

The Realme Cobble is IPX5 water resistant, and has a USB Type-C port for charging

Changing the equaliser preset through the app did improve the rumble and attack a bit, but on the flipside, I found that the mid-range and highs suffered a bit as a result. I switched back to the ‘Balanced' EQ preset and listened to the much slower and more refined The Girl From Back Then by Kings of Convenience. Norwegian singer Erlend Nye's soulful vocals sounded calming and precise, as did the highs of the jazzy piano and saxophone riff at the end of the track.

I was most comfortable listening to music on this speaker at around the 60 percent volume level with it placed about two feet away from me. The Cobble can handle playback up to the 80 percent volume mark before music starts to sound a bit harsh and distorted. At its highest reasonable volume level, the Realme Cobble gets loud enough and produces good enough sound to work in a reasonably sized bedroom. Of course you can carry it with you from room to room, and even use it outdoors.

The Realme Cobble Bluetooth speaker is best used for music, but it works well enough for occasional dialogue-heavy video content too. It also has a microphone to enable hands-free use for phone calls, and call performance was acceptable. Although the microphone picked up my voice decently enough, I wasn't able to hear callers very well. I often needed to pick the speaker up and bring it closer to hear clearly, even at high volumes.

Realme's first Bluetooth speaker in India is impressive for a number of reasons, but what stands out most is the value on offer here. At Rs. 1,799, this is a very good compact wireless speaker with a nice design, customisability through an app, IPX5 water resistance, and decent sound.