Here are the best deals on point-and-shoot, DSLR, instant, and mirrorless cameras that you can find on Amazon right now. 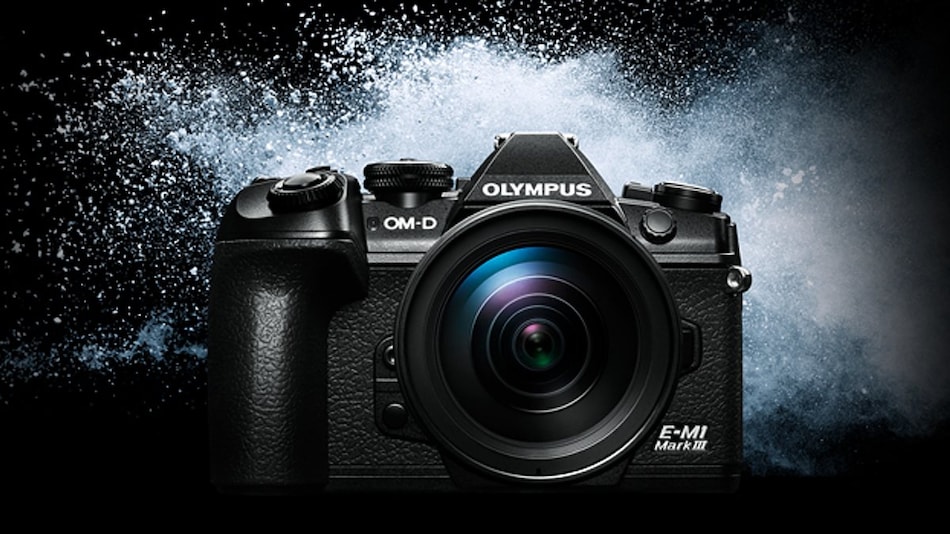 Amazon Great Indian Festival 2021 sale is live with offers and discounts on a range of cameras across price points. We have curated a list of a few popular cameras with heavy discounts and additional offers. The list contains DSLRs, point-and-shoot cameras, mirrorless cameras, action cameras, and instant cameras from companies including Canon, Fujifilm, GoPro, Sony, and Olympus. Amazon earlier announced that this year's Amazon Great Indian Festival sale will be a month-long event. Here are our top picks for the best deals on Amazon right now:

Canon EOS 90D is a mid-range DSLR camera and comes with a bundled 18-135mm lens. It features a dual-pixel 32.5-megapixel CMOS sensor. The camera offers 45 cross-type AF points (optical viewfinder) in its 100 percent coverage. The company says that the camera can capture 4K videos at 30fps and full-HD videos at 120fps. Furthermore, it also offers high-speed continuous shooting with up to 10fps. Other features include face detection and Eye Detection AF.

Available at a discount of Rs. 45,000, the Olympus OM-D E-M1 Mark III is a professional-grade camera that comes with a 21.8-megapixel sensor. It offers powerful image stabilisation that is said to compensate for up to 7.5 shutter speed steps. There is a powerful TruePic IX image processor, and the camera has a weatherproof construction with a magnesium alloy body. The camera also features 121-point, cross-type on-chip Phase Detection AF to capture fast-moving subjects.

Fujifilm X-T200 features a 24.2-megapixel APS-C CMOS image sensor paired with a 15-45mm lens. The camera comes with an accurate face and eye detection algorithm. Fujifilm says that the camera is able to capture 4K videos at 30fps. It comes with hybrid phase as well as contrast-detection autofocus. There is an advanced copper wire image processor, and the camera features a 3.5-inch touchscreen LCD. The screen can be opened up to 180 degrees and rotated between -90 degrees to +180 degrees.

The Sony Alpha ILCE 6000Y is a mirrorless camera that comes equipped with a 24.3-megapixel APS HD CMOS sensor. It comes with a 16-50mm wide-angle lens and a 55-210mm zoom lens. The camera features a BIONZ X image processor with 179 autofocus points for speedy and accurate autofocus as well as burst photography. It has 4D Focus with Fast Hybrid autofocus, and the company claims that the camera allows continuous shooting at up to 11fps. Other features include Wi-Fi, NFC, and a tiltable LCD screen.

Sony ZV-1 is a digital vlog camera that comes with a bundled Bluetooth shooting grip. It is equipped with a 1-inch, 20.1-megapixel back-illuminated Exmor RS CMOS sensor, which is paired with f/1.8-2.8 ZEISS Vario-Sonnar T lens. The camera features a directional 3-capsule inbuilt-mic with windshield and a vari-angle LCD screen to shoot videos. Sony says that the Sony ZV-1 can record videos in 4K resolution. It allows users to shoot time-lapse videos and comes with a one-push Bokeh switch.

The GoPro Hero 9 Black is an action camera that comes with a 3.5mm mic adapter. It features a 23.6-megapixel image sensor and is powered by the GP1 image processor. The camera can record videos up to 5K at 30fps and capture 20-megapixel stills, as per the company. The camera comes with rear- and front-facing displays. The camera features HyperSmooth 3.0 for stabilisation, TimeWarp 3.0 mode for slower, hyperlapse videos, and ‘Linear+Horizon Levelling' for horizon levelling within the camera. The camera is claimed to be waterproof up to 10 meters.

Fujifilm Instax Mini 9 is an instant camera that features a selfie mirror and a close-up lens attachment. The camera comes with a built-in flash and automatic exposure measurement feature that recommends aperture settings with a flashing LED. There is an auto power-off feature in which the camera turns off after five minutes of being idle.