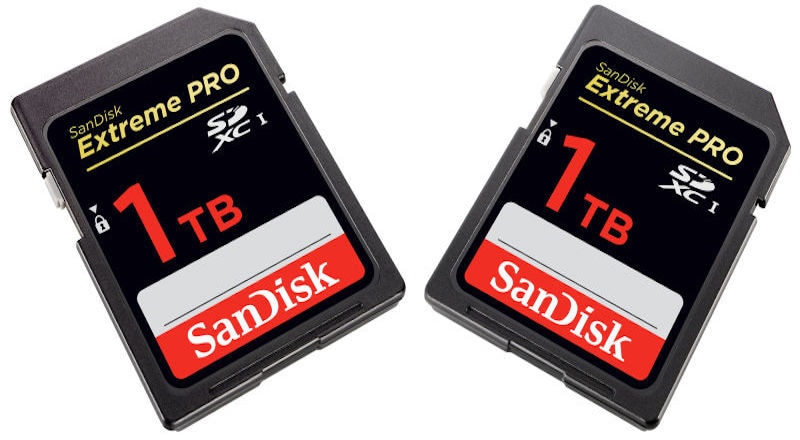 SanDisk on Tuesday made sure that you will never have the storage blues again. The company unveiled the world's largest SD card with a massive 1TB of storage. The SDXC card is still in its prototype stage as of now and the company has not revealed the price and release date yet. However, the 1TB SD card is another milestone the company after it unveiled the 512GB Extreme Pro SDXC UHS-I memory card two years ago (which was the biggest at the time).

With video moving into 4K and 8K territory, and 360-degree videos and VR on the rise, the company believed that a 1TB storage is a necessary. In a press release, the company stated that "higher capacity cards expand the possibilities for professional videographers and photographers, giving them even greater ability to create more of the highest quality content, without the interruption of changing cards."

"With the growing demand for applications like VR, we can certainly use 1TB when we're out shooting continuous high-quality video."