Trading volumes between Bitcoin and the British pound jumped 233 percent in September overall from the month before, according to data from a research firm. 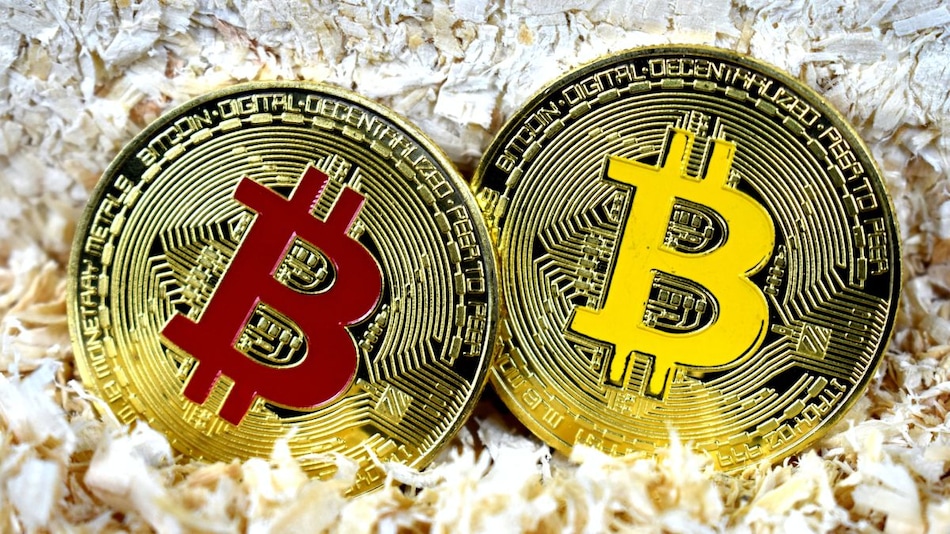 As a developed nation, you know your currency's in a spot of bother when investors start to hedge with Bitcoin.

After Britain's brief Prime Minister Liz Truss unleashed her mini-budget on September 23, filling financial markets with dread, a section of investors stampeded away from the pound and towards the cryptocurrency.

Trading volumes between Bitcoin and the pound jumped 233 percent in September overall from the month before, according to data from research firm CryptoCompare, while trading between the cryptocurrency and a similarly battered euro also jumped 68 percent.

"It was the first time we've seen such a huge increase in (Bitcoin) volumes for the currency of a developed country," said Ed Hindi, chief investment officer at Tyr Capital.

On the Monday after the Friday budget shock, when the pound fell to its lowest-ever level against the dollar, trading volumes between sterling and Bitcoin spiked to a daily record high of GBP 846 million (roughly Rs. 7,905 crore), according to market data firm Kaiko Research.

Meanwhile, Bitcoin's volatility is near the lowest it's been all year. By contrast, volatility in safe-haven US bonds is near its highest since March 2020, as measured by the ICE BofAML US Bond Market Option Volatility Estimate Index.

In fact, over the past month of market ructions, US Treasuries have been equally or more volatile than Bitcoin, according to Refinitiv data. Both Bitcoin and the US 10-year note are now hovering at around 21, according to a measure of realised volatility, while at the start of September Bitcoin volatility was more than double that of the bond, at 65 versus 31.

In Bitcoin's infancy, a key selling point was its potential protection against currency depreciation and inflation. That narrative began to break down as greater institutional adoption meant cryptocurrencies traded more in lockstep with traditional risky corners of financial markets.

So are investors ready to bet on Bitcoin as a hedge again?

The pound volumes echoed similar instances of investors jumping into Bitcoin when fiat money came under pressure, including in Russia and Ukraine this year.

Experts pointed to the comparative ease for small investors of buying Bitcoin, rather than entering the gold or FX markets, as one factor behind the trend.

"Bitcoin has always been not as much as 'flight to safety' as a 'flight from crisis' asset, even though GBP is nowhere near as weak as the rouble," added Ben McMillan, chief investment officer at IDX Digital Assets.

Some market participants said the flows from sterling were also driven by savvy traders taking advantage of arbitrage opportunities from changes in the price of Bitcoin.

Bitcoin is no safe bet. Clearly.

The world's largest cryptocurrency has tumbled over 58 percent this year, while the traditional safety plays of gold and US bonds are down about 10 percent and 15 percent respectively, sterling has lost 16 percent and the S&P 500 has fallen more than 21 percent.

Trading volumes between Bitcoin and sterling have now fallen back to around the levels they were before the mini-budget, CryptoCompare analysts said, with the pound recovering ground after the UK government reversed its fiscal plans.

Some crypto watchers say the September surge was nonetheless a reflection of Bitcoin's enduring appeal as an asset outside mainstream finance.

"Large outflows from GBP into BTC imply investors see the value of having hard-capped, incorruptible, decentralised money as an alternative to currencies backed by central banks and governments," said researchers at CoinShares.

Is the Redmi Pad the best budget tablet you can purchase under Rs. 20,000? We discuss this on Orbital, the Gadgets 360 podcast. Orbital is available on Spotify, Gaana, JioSaavn, Google Podcasts, Apple Podcasts, Amazon Music and wherever you get your podcasts.
Affiliate links may be automatically generated - see our ethics statement for details.