Tezos India Is Zeroing In on NFT Artists, Students as Demands for ‘Green Blockchains’ Escalate

A decentralised blockchain governed by itself, Tezos was founded in San Francisco, US in 2014. 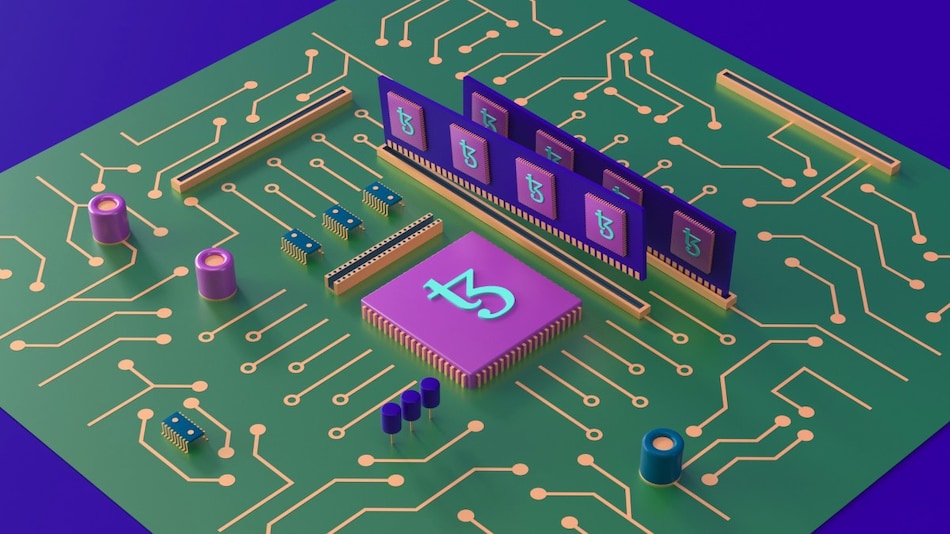 In 2019, Tezos tapped into India for its rich art and software minds

Non-fungible tokens (NFTs), that exceeded $25 billion (roughly Rs. 1,84,700 crore) in sales last year, have emerged as a delightful new chapter for the artist communities around the world. Marking a gesture of acknowledgement for the next generation of the creative community of South Asia, the recently hosted Indian Art Fair in Delhi flaunted some digital art as well. Tezos India recently collaborated with BeFantastic, a tech-art platform to showcase NFT artworks and inspire more Indian artists to join the virtual art army.

A decentralised blockchain governed by itself, eco-friendly Tezos was founded in San Francisco, US in 2014. The open-source network is a Proof of Stake (PoS) blockchain that consumes over two million times less energy than Proof of Work (PoW) networks like Bitcoin and Ethereum.

In 2019, Tezos tapped into India for its rich art and software minds and Tezos India was established as an independent organisation in the country's start-up capital, Bengaluru city.

Talking to Gadgets 360, Tezos India President Om Malviya said the platform is aiming at spreading crypto awareness in India, given the country's proven potential in the tech and IT sectors in the past. The platform aims to get Indians ready to start with and promote green Web3 initiatives, that is easy on the environment.

“So, India is a big focus for us. In terms of that talent, there's a lot of developers and artists in India who we want onboard with us. Initially, our focus had been a lot towards the developer adoption side. But now, we have been bringing in hackathons, curated programs like the Tezos India fellowship where over 4,000 students apply and only the best 30 are selected. But these 30 students, when they are done with the program are fully fledged entrepreneurs built in the Web3 startup phases,” said Malviya.

Almost two and a half years later, thousands of students and hundreds of NFT artists from India are swarming towards the Tezos, the platform claims.

As BeFantastic forays into the world of #NFTS and #Web3 at India Art Fair, we are happy to help them navigate this brave new world. ????

As per Malviya, the Indian sentiment towards the crypto sector has improved ‘incredibly', especially among youngsters. Where two years ago Indians were sceptical towards experimenting with cryptocurrencies and other virtual digital assets, today over 100 million people are estimated to be trying out the blockchain sector via crypto, NFTs, and the metaverse.

Moving beyond the campuses of prestigious Indian tech colleges, Tezos joins other crypto mammoths like Coinbase in diving deep into the country's tier two and three cities.

“We have realised, Indian students are extremely keen on learning blockchain-related courses. The tricky part is convincing the senior level officers and management on why this is the right thing for students to learn. We want to ensure that students are given an awareness about Web3 while they are in their early days of college,” Malviya, an engineer himself, added.

Malviya's observation resonates very much with Mastercard official Harold Bossé, who recently pointed out that the lack of blockchain knowledge amid senior management levels around the world is obstructing the adoption of this inevitable next phase of Internet as we know and use today.

In a bid to get ahead of the roadblocks, Tezos India is incentivising developers and creators who show promise in the field of web tech, blockchain, and digital art via grants and field training.

The platform is looking to keep absorbing propitious Indians into their teams and projects.

“Green blockchain initiatives are increasingly being demanded given the significantly large carbon footprint that PoW mining leaves behind in the environment. As we expand our cause and green crypto community in India, we wish more people join the industry already with an environment friendly approach,” Malviya noted.

A report from PricewaterhouseCoopers Advisory SAS had said in December last year that the Tezos blockchain accounted for 50 million transactions around that time, and the whole network constituted an energy footprint of 17 world citizens.

The energy efficiency for each transaction on the network increased by 70 percent while the estimated electricity requirement per transaction was 30 percent lower than in 2020.

At this point, Ethereum is undergoing a code revamp to shift it from PoW mining model to PoS process to make it energy efficient. The upgraded blockchain network named ‘Merge' is expected to be launched in August this year.

The New York Assembly has been mulling if it should deny permits for all miners using non-renewable energy to set up mining farms in the Empire state. Miners using carbon-based energy sources will face the brunt of this rule.

For now, the crypto mining scene in India is not as strong as it is in other nations like Russia, Iran, and Kazakhstan, among others.

Malviya however bets that whenever the crypto mining culture takes off in India, which it eventually will, green blockchains would be the preferred choice for operations.

Should you pick Vivo over Galaxy S22 and OnePlus 10 Pro? We discuss this on Orbital, the Gadgets 360 podcast. Orbital is available on Spotify, Gaana, JioSaavn, Google Podcasts, Apple Podcasts, Amazon Music and wherever you get your podcasts.Cryptocurrency is an unregulated digital currency, not a legal tender and subject to market risks. The information provided in the article is not intended to be and does not constitute financial advice, trading advice or any other advice or recommendation of any sort offered or endorsed by NDTV. NDTV shall not be responsible for any loss arising from any investment based on any perceived recommendation, forecast or any other information contained in the article.
Affiliate links may be automatically generated - see our ethics statement for details.
Comments