The Genesis Curry Flow NFT collection is the first wearable, cross-platform sneaker NFT, according to Under Armour. 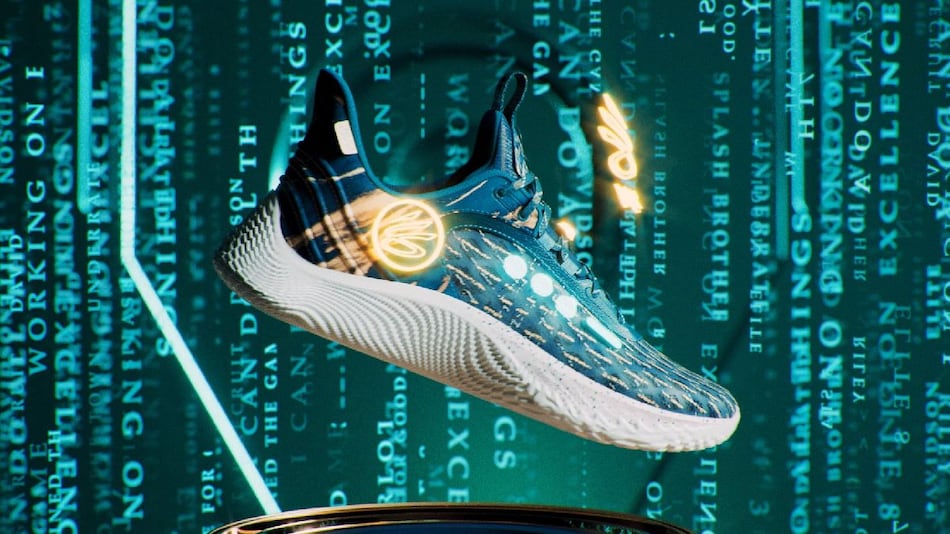 The special-edition Curry Flow 9 will be minted as NFT

Under Armour, the US-based sportswear brand, marked its metaverse debut as it announced a partnership with NBA star Stephen Curry on a non-fungible token (NFT) drop to celebrate his new record as basketball's all-time top three-point shooter. To mark the Golder State Warrior guard's record of 2,974 career three-pointers, Under Armour has released what the brand claims to be the world's first cross-platform metaverse sneaker — a special-edition Curry Flow 9.

To turn the Curry Flow 9 into an NFT, Under Armour and Curry turned to NewKino, a New York City-based creative agency that's recently added the metaverse into its portfolio. A total of 2,974 sneakers will be made available for $333 (roughly Rs. 25,171) to reflect his record, and the non-fungible token will unlock a rare crossover of applications across blockchain-based games. For holders of the NFT, the virtual sneaker will become wearable in Sandbox, Decentraland, and Rumble Kong League and “usable” in Gala Games.

In celebration of the greatest 3-point shooter in the UNIVERSE, we are dropping 2,974 pairs of @stephencurry30's recording breaking ???? in the metaverse. The “Genesis Curry Flow” NFT drops at 8pm EST: https://t.co/SxN30hCtK9 pic.twitter.com/NMdwRXOdkl

Under Armour claims that instead of static images, Curry Flow 9 NFTs will consist of videos showcasing the sneaker along with a casing that highlights his accomplishment. Since Under Armour has not yet announced a public release date for the special edition sneaker in a physical sense, the NFT may just be the only way for fans to acquire it and own a part of the historic moment.

These NFTs are originally minted as Polygon 1155 tokens. Polygon is a blockchain that runs parallel to Ethereum and is fairly simple to add Polygon as a new network to an existing Metamask wallet.

"100 percent of the net revenue for this project will be donated to charities that offer greater access to sports for underprivileged youth. Access to team programs, coaching development, safe places to play, equipment and gear," Gala Games said in a press release.

As rivals Nike and Adidas have recently made big splashes into the metaverse, the Curry Flow 9 marks Under Armour's first entry into the space that has quickly become brands' new grounds for competition.

Separately, Stephen Curry has already dabbled in NFTs, plunking down $180,000 (roughly Rs. 1.36 crore), or ETH 55, earlier this year for one of the most popular NFT collections in existence, the Bored Ape Yacht Club. Curry has since placed the Bored Ape with zombie-like features wearing a tweed suit as his profile picture on Twitter.

That's also where he announced yet another NFT collection that he launched with crypto exchange FTX US. This set similarly is a play on Curry's three-shot record with 2,974 digital tokens in the collection. Each NFT features one of Curry's thousands of three-pointers from his career. Here again, all of the proceeds from the NFT sales will go to charity.