Andhadhun is a Bollywood black comedy crime thriller movie based on a 2010 French short film, L'accordeur (The Piano Tuner), about a blind pianist.

Residing in Pune, Akash is a blind pianist (Ayushmann Khurrana) or pretending to be visually impaired. Sophie (Radhika Apte) is Akash's girlfriend who takes care of him and gets into an intimate romantic relationship. Impressed by Akash's piano talent, she gets him to her father's dinner party, where he gets to play the piano and showcase his talent. Pramod Sinha (Anil Dhawan), a retired actor, notices Akash and invites him to perform for his wedding anniversary. Akash arrives at Pramod's residence, where his wife Simi (Tabu) opens the door.

At Pramod's flat, Akash sees Pramod's dead body, Simi and Simi's paramour, Inspector Manohar Jawanda (Manav Vij). Akash keeps playing the piano and pretends to be blind while Simi and Manohar are busy cleaning the body and stuffing the same into a suitcase.

All of these incidences lands him into several problems as he witnesses. Watch Andhadhun online to find whether he gets out of the trouble or stays entangled in the same. 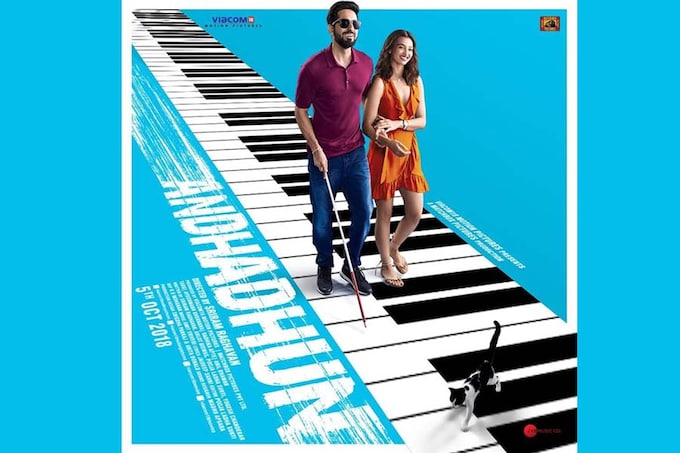 The best thriller of 2018, #Andhadhun is now available for Visually Impaired in any show any theater. #NarendraJoshi, the man behind the audio description has made it possible through @xlcinema. Thank you to #SakshamDisablity for arranging this. We are very grateful! pic.twitter.com/qeJwAjpQhN