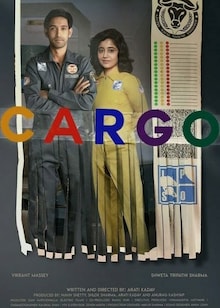 The film introduces the audience to a clan of  "homo rakshasas" — humanoid rakshas (demons mentioned in Hindu mythology) who ready dead humans for reincarnation. They heal their bodies, wipe their memories, and send them back into a new life.

The rakshas work in retro-futuristic spaceships called “Pushpak” that circle the Earth. Furthermore, each homo rakshasa has a special power.

Prahastha (Vikrant Massey) is one such rakshas who has been doing the job for over seven decades now. He has settled into the ways of his monotonous job and is reluctant to new ideas.

Everything changes when he gets a new assistant called Yuvishka (Shweta Tripathi) who is endowed with magical healing powers with the help of a torch. 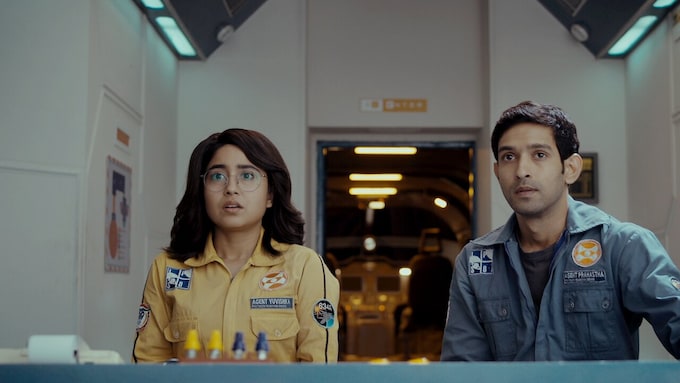 Rating 64%
Rate this Movie
Your Rating

Deep into Cargo — a rare sci-fi movie from India now on Netflix — the male lead Prahastha (Vikrant Massey, from Chhapaak) laments that the dead people he interacts with in his job feel more alive than he does. Named after the chief commander of Raavan's army from the Hindu epic Ramayan, Prahastha is a member of homo rakshasas, which draws off the mythology of bloodthirsty beast-like demonic creatures known as rakshasas. But Prahastha and his cohorts are nothing like that. Instead, they look just as homo sapiens (that's us, humans) do, except they all have one superpower each. And many of them, like Prahastha, are involved in processing dead humans for reincarnation. Heal their bodies, wipe their memories, and send them back into a new life.