Not only a sequel to The Force Awakens and The Last Jedi, the final word in the Skywalker saga that began with Star Wars: A New Hope. 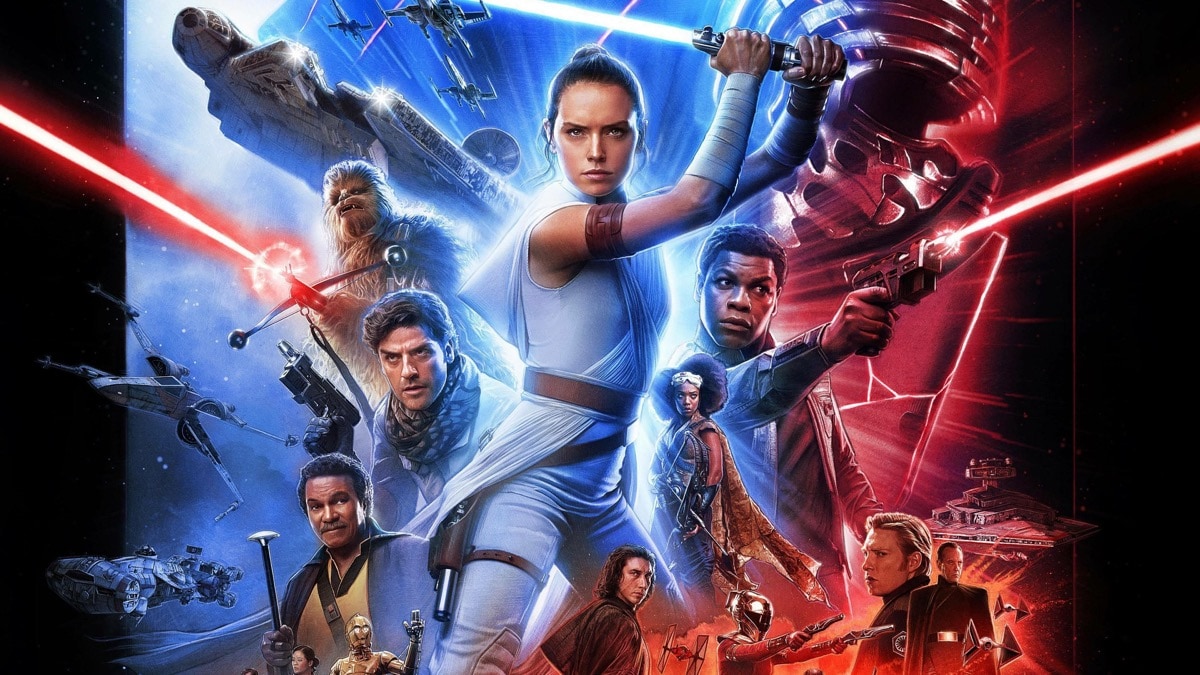 Star Wars: The Rise of Skywalker

Fire up your sabers, it's time. We're less than a week away from Star Wars: The Rise of Skywalker, which will not only conclude the adventures of the new characters and the Star Wars sequel trilogy that J.J. Abrams started in 2015 with Star Wars: The Force Awakens, but will also bring an end to the decades-spanning Skywalker saga that started with the original 1977 film, retroactively known as Star Wars: A New Hope. (It's also the final Star Wars film for award-winning composer John Williams.) Set roughly a year after the events of Star Wars: The Last Jedi, it will find the Resistance and the First Order going up against each other in a big battle that will define the future of the galaxy.

The Rise of Skywalker arrives at a time when the future of Star Wars on the big screen is in limbo. Disney CEO Bob Iger hit the hiatus button after the box office failure of Solo: A Star Wars Story, though Disney has already dated three more Star Wars movies between 2022 and 2026. (Lucasfilm is also developing two more series, centred on Obi-Wan Kenobi and Cassian Andor, for Disney+ to go with The Mandalorian.) The Last Jedi writer-director Rian Johnson and Marvel Studios president Kevin Feige have ideas in the bank, but none of their projects has been fixed to any of the three dates. We did have one, but the Game of Thrones creators recently bailed on Star Wars.

For now, here's all you need to know about Episode IX, as the new Star Wars movie is also known. In India, Star Wars: The Rise of Skywalker will release in English and Hindi.

What's the correct sequence to watch all Star Wars movies?

If you've gone looking for this answer before, you've likely come across the term “Machete Order”. That viewing scheme was designed prior to the release of The Force Awakens, so it works well for the original and prequel trilogy. Here's how you go about it: 1977's A New Hope, 1980's The Empire Strikes Back, 2002's Attack of the Clones, 2005's Revenge of the Sith, and 1983's Return of the Jedi. Star Wars fans will know this order skips one movie — 1999's The Phantom Menace — but it doesn't matter.

You can expand the “Machete Order” to include 2015's The Force Awakens and 2017's The Last Jedi by simply slotting them at the end, but things complicate if you try to include 2016's Rogue One and 2018's Solo. Yes, they are spin-offs and not important to the main saga, but the former is one of the better Star Wars movies. And since there's simply no ideal way to weave them in, we believe the best way to see Star Wars might be in the way the films released.

Sure, it will trip you up in one scene at the end of Return of the Jedi, due to George Lucas' endless tweaking of his former works, but it's the simplest explanation — and the most hassle-free viewing experience.

The new Star Wars movie will have its world premiere on Monday, December 16 in Los Angeles, USA.

Gadgets 360 has reached out to Disney India to inquire when ticket bookings for Star Wars: The Rise of Skywalker will open in India. We will update this piece when we hear back.

Disney and Lucasfilm released the first teaser trailer for Star Wars: The Rise of Skywalker — along with the now-known title — at Star Wars Celebration in Chicago in April. A second trailer, dubbed a “special look”, was released at Disney's D23 Expo in August and released online a couple of days later. A third and final trailer followed in October, on the anniversary of Carrie Fisher's birthday. Several TV spots have been released since.

Nearly everyone who's part of the new Star Wars trilogy — and is still alive — is returning for Episode IX. Joining them are a few folks from the original trilogy, including Mark Hamill as Luke Skywalker, who became one with the Force in The Last Jedi; Carrie Fisher as Resistance general and Luke's twin sister Leia Organa, through the use of unreleased footage from previous two Star Wars movies, since Fisher died in 2016; Billy Dee Williams as Rebel Alliance veteran Lando Calrissian; and Anthony Daniels as the protocol droid C-3PO. We've got one actor from the prequel trilogy as well: Ian McDiarmid reprising his role of Palpatine, the Sith dark lord killed by Darth Vader in Return of the Jedi.

Star Wars: The Rise of Skywalker — How Luke & Leia Play a Part, Knights of Ren, New Characters, and More

The Star Wars: The Rise of Skywalker cast also includes Daisy Ridley as Rey, a Jakku scavenger and now the last Jedi; Adam Driver as Kylo Ren, Leia's son and the leader of the First Order; John Boyega as Finn, a former Stormtrooper now with the Resistance; Oscar Isaac as Poe Dameron, a high-ranking pilot and Resistance commander; Joonas Suotamo as Chewbacca, a Wookiee and first mate of the Millennium Falcon; Domhnall Gleeson as General Hux, second-in-command in the First Order; Kelly Marie Tran as Rose Tico, a Resistance mechanic and Finn's close friend; and Lupita Nyong'o as space pirate Maz Kanata, through the use of motion capture.

According to a report, Disney and Lucasfilm have set an embargo on Episode IX reviews until Wednesday, December 18 at 1:31pm IST.

If we were in your shoes, we would scroll past this tab right now. But if you really want to (potentially) spoil yourself, well then keep reading. Obsessive fans have assembled bits and pieces of the plot from various sources on Reddit, which is divided into three parts, devoted to the three respective acts of the film. (Most films have a three-act structure: beginning, middle, and end.) Head over to r/StarWarsLeaks and keep scrolling for more, if you like.