“The story of a generation comes to an end.” 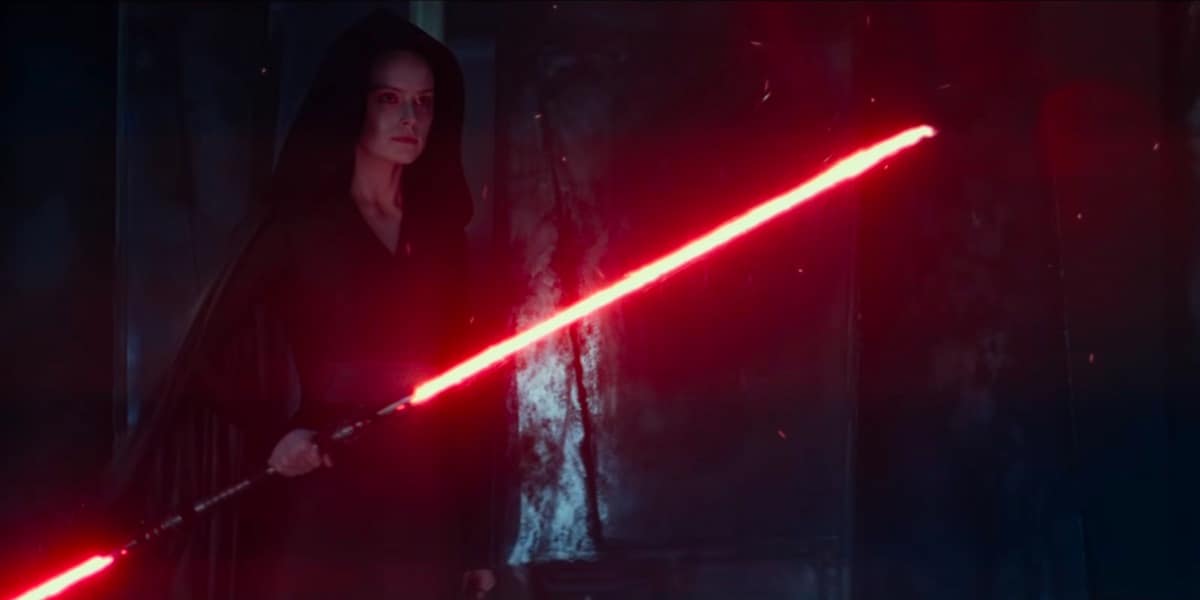 The new Star Wars: The Rise of Skywalker trailer is here. Just a couple of days on from its exclusive presentation at Disney's D23 Expo, Lucasfilm has released a new look at the upcoming ninth episode of the epic space opera saga, which includes a montage-style look at the history of Star Wars, including the original, prequel, and sequel trilogies. That's in line with how Star Wars: The Rise of Skywalker is being billed — as the conclusion to not just this new trilogy but the Skywalker saga on the whole. It also gives us a look at Rey's (Daisy Ridley) new double-bladed red lightsaber, Naomi Ackie's new character Jannah who appears with Finn (John Boyega), and some stunning visuals featuring Resistance and First Order ships.

A young Luke Skywalker on Tatooine opens the new Star Wars: The Rise of Skywalker trailer, before we run through the days of Episode IV – A New Hope, through the events of Episode V – The Empire Strikes Back, and end with the climactic happenings of Episode VI – Return of the Jedi. All of young Leia Organa, Han Solo, and Lando Calrissian can be glimpsed, in addition to the likes of Obi-Wan Kenobi, Darth Vader, and Emperor Palpatine. The trailer then quickly runs through Episode I – The Phantom Menace, Episode II – Attack of the Clones, and Episode III – Revenge of the Sith, before jumping into Episode VII – The Force Awakens, and Episode VIII – The Last Jedi.

Post the midway point of the new Star Wars D23 special look, we get new footage from Episode IX – The Rise of Skywalker, as the new gang — Rey, Finn, and Poe Dameron — with some of the old guard in Chewbacca and C-3PO arrive on a new desert planet, where they are met with a large gathering of what seem like friends of the Resistance. There's a glimpse of the old Leia, followed by Resistance ships jumping out of warp, and hundreds of First Order ships preparing for an attack. There's a brief look at new character Jannah (Naomi Ackie), an out-of-frame weapon shooting a red beam at a planet — are we getting another Starkiller Base / Death Star-type thing? — and Rey pulling a new lightsaber stunt.

Rey and Kylo Ren then have a lightsaber duel on the top of a ship in what looks like an ocean, which is the same duel that's represented in the new Rise of Skywalker poster that we got at D23 Expo over the weekend. The new Rise of Skywalker trailer then closes out with a look at Rey in a hood and a new double-bladed red lightsaber, which starts off as two lightsabers joined side-by-side, only to snap into one long dual-sided one as she moves her hand.

Star Wars: The Rise of Skywalker is out December 20 in India and around the world.