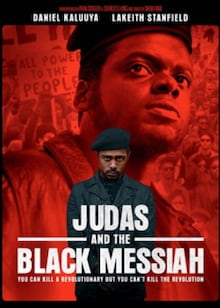 Judas and the Black Messiah

About Judas and the Black Messiah Movie (2021)

O'Neal instead manipulates both his comrades and his handler, Special Agent Roy Mitchell (Jesse Plemons).

All this is happening under the supervision of FBI Director J. Edgar Hoover (Martin Sheen).

Meanwhile, Hampton is covering new grounds — both politically and in his love life — with fellow revolutionary Deborah Johnson (Dominique Fishback).

Rating 85
Rate this Movie
Your Rating

Listen on
Judas and the Black Messiah Photos