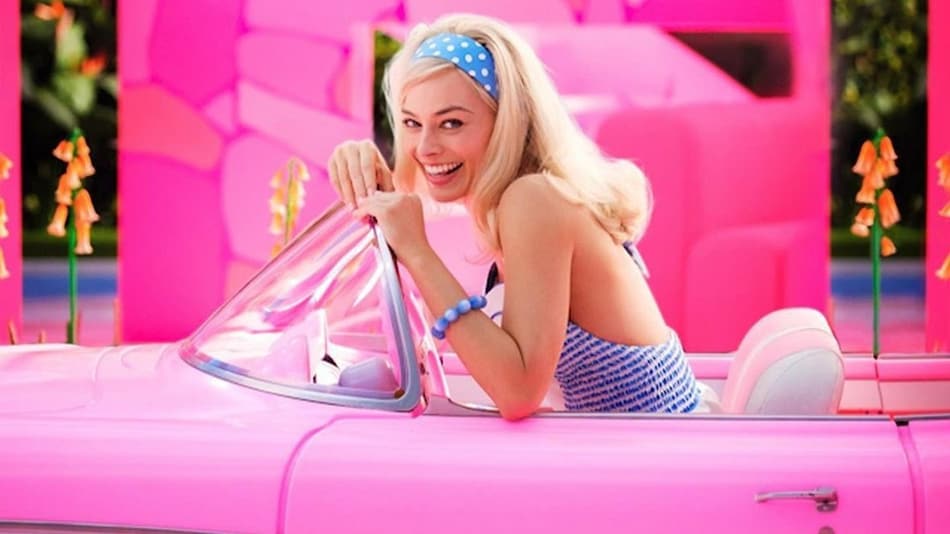 In the Barbie first look, Robbie can be seen in a pink convertible

The Barbie movie now has a release date and first look featuring Margot Robbie. The much-awaited live-action Barbie movie will make its debut in theatres in India and the US on July 21, 2023.

During Warner Bros.' presentation at CinemaCon 2022 on Tuesday night in Las Vegas, the Hollywood studio announced that the movie will release in mid-2023.

Actor-filmmaker Greta Gerwig — best known for Lady Bird, and the 2019 adaptation of Little Women — is directing the movie from a script she co-wrote with her filmmaker partner Noah Baumbach.

In the Barbie first look, Robbie can be seen in a pink convertible, wearing a blue dress, and a polka dot headband behind the wheel.

In addition to starring, Robbie is producing the movie under her LuckyChap Entertainment banner, along with Tom Ackerley and Josey McNamara.

Mattel's Robbie Brenner and David Heyman are also on board as producers.