Number one in every country except India. 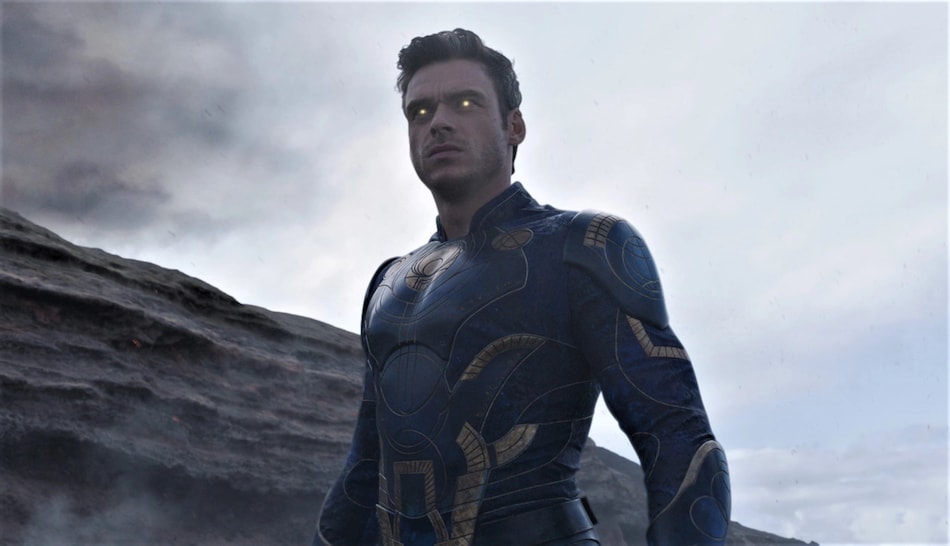 Richard Madden as Ikaris in Eternals

That $71 million North America opening for Eternals is a tad disappointing as it's not only at the low end of box office analyst expectations, but also the lowest for a Marvel Cinematic Universe title for all time. Previous lowest was Ant-Man ($57.2 million). It can't be a direct comparison thanks to the ongoing coronavirus pandemic. Still, the other two Marvel movies released during COVID-19 pandemic, Black Widow ($80.4 million) and Shang-Chi and the Legend of the Ten Rings ($94.7 million), both fared better, despite Black Widow also being available at home via Disney+ Premier Access. (Black Widow's opening weekend is highest if you count Disney+ revenue.)

Outside North America though, Eternals is doing better than Black Widow and Shang-Chi. The $90.7 million figure was higher than expected — according to Disney's estimates, it's 26 percent more than Black Widow, and 76 percent ahead of Shang-Chi and the Legend of the Ten Rings in like-for-like markets. Eternals opened at the number one position in all 46 of those markets but one: India (Sooryavanshi is the reason it's not number one here.) In India, Eternals made an estimated $3 million (Rs. 22.8 crores) on opening weekend. The top five are South Korea ($14.1 million), the UK ($7.1 million), France ($6.7 million), Mexico ($5.7 million), and Australia ($5 million).

A total of 320 IMAX screens in 58 markets contributed $6 million (about Rs. 44 crores) to Eternals' opening weekend. Meanwhile, China and Russia are both missing from the Eternals conversation. The former is unlikely to give a release date to the Marvel movie, as the outspoken Eternals director Chloé Zhao has always been censored in her home country. The latter has reclosed cinemas following a resurgence of COVID-19.