Thor: Love and Thunder, Black Panther II, and Captain Marvel 2 have been delayed. 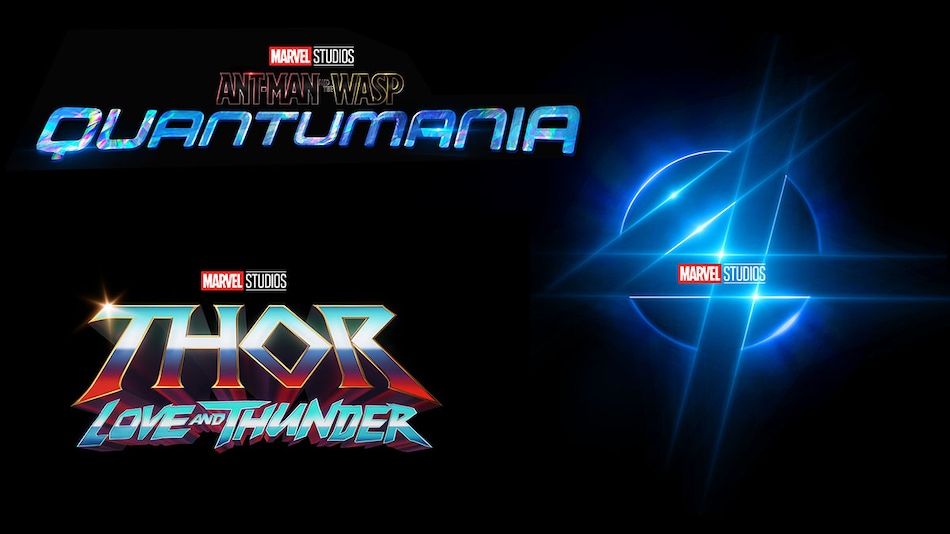 The official logo for Ant-Man and the Wasp: Quantumania, and the reveal logo for Fantastic Four

Fantastic Four are coming back. Marvel Studios has announced that Jon Watts — the director of MCU's Spider-Man trilogy, including Homecoming, Far From Home, and the upcoming Spider-Man 3 — will helm a reboot of the Fantastic Four inside the Marvel Cinematic Universe. Alongside, we have a title for Ant-Man 3 — it will be called Ant-Man and the Wasp: Quantumania. Lastly, Marvel has delayed Thor: Love and Thunder, which now arrives May 6, 2022, pushing Black Panther II to July 8, 2022 and Captain Marvel 2 to November 11, 2022. And there were new casting reveals across the board, too.

No other details are available on Fantastic Four though, except that it will likely arrive after Guardians of the Galaxy Vol. 3 in 2023. Before those two, Marvel has 10 movies on its docket, beginning with Black Widow, which Kevin Feige assured would be coming to the big screen. After the game-changing HBO Max announcement, many were expecting Disney to follow suit and announce day-and-date premieres for its biggest titles. That hasn't happened. (For now.)

Shang-Chi and the Legend of the Ten Rings, the next MCU Phase 4 movie after Black Widow, has confirmed Tony Leung as Wenwu/ the Mandarin, Awkwafina as Shang-Chi's friend Katy, Michelle Yeoh as Jiang Nan, and Ronny Chieng in an undisclosed role. Meng'er Zhang, seen in a production wrap photo, has been added to the cast, as have Fala Chen and Florian Munteanu.

Doctor Strange in the Multiverse of Madness is adding Xochitl Gomez as America Chavez. Gomez joins Benedict Cumberbatch, Elizabeth Olsen, Benedict Wong, Rachel McAdams and Chiwetel Ejiofor. Sam Raimi is directing the Doctor Strange sequel — it will tie into WandaVision and Spider-Man 3, Disney confirmed — which is currently filming in London.

Thor: Love and Thunder will have Christian Bale as the villain Gorr the God Butcher. We knew Bale was on board to play the villain, and now we know who he will play. Bale will be joined by Chris Hemsworth, Natalie Portman, and Tessa Thompson. There's no mention of Chris Pratt, whose inclusion was reported last month. Thor: Love and Thunder begins filming in January 2021 in Australia, with Taika Waititi returning as director.

Captain Marvel 2 brings in Iman Vellani's Ms. Marvel / Kamala Khan from her Disney+ series. Vellani is being joined by Teyonah Parris, who is set to play the grown-up version of Monica Rambeau — introduced as a kid in Captain Marvel — in WandaVision, premiering January 15, 2021 on Disney+ and Disney+ Hotstar. Naturally, Brie Larson will return in the lead role.

Ant-Man and the Wasp: Quantumania is the title of the third Ant-Man movie. Jonathan Majors has been confirmed as Kang the Conqueror, with Kathryn Newton joining him as Cassie Lang. Newton takes over from Emma Fuhrmann, who played Scott Lang's daughter in Avengers: Endgame. Returning stars include Paul Rudd as Scott Lang/Ant-Man, Evangeline Lilly as Hope Van Dyne/Wasp, Michael Douglas as Dr. Hank Pym, and Michelle Pfeiffer as Janet Van Dyne. Peyton Reed is the director.

Black Panther II will follow on July 8, 2022 and Captain Marvel 2 on November 11, 2022. Then there's Ant-Man and the Wasp: Quantumania, with Guardians of the Galaxy Vol. 3 and Fantastic Four after that. There's no word on whether these films are also part of Phase 4, or make up Phase 5.