And we have trailers for Loki, Ms. Marvel, The Falcon and the Winter Soldier, and more. 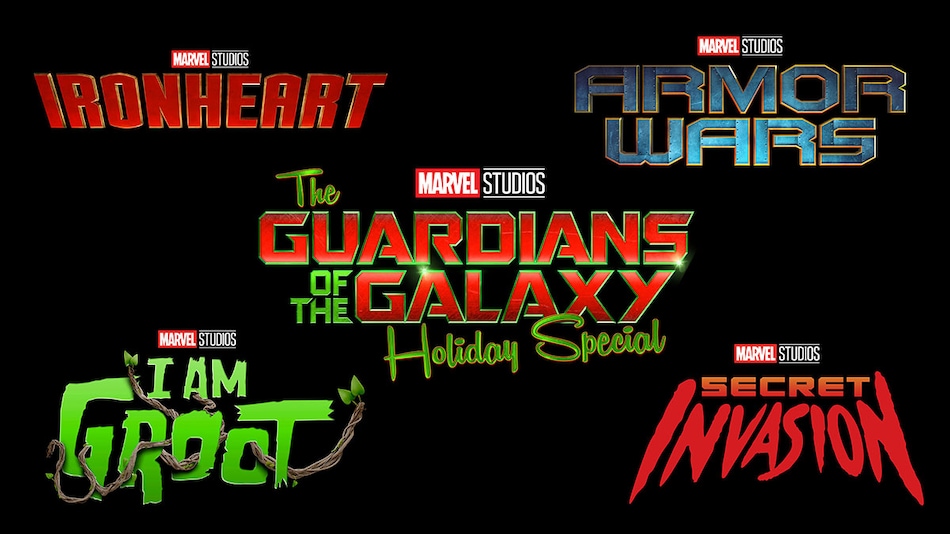 Marvel Studios has announced three new Disney+ series in Secret Invasion, Ironheart, and Armor Wars. Additionally, James Gunn will direct a Guardians of the Galaxy Holiday Special, to release in Holiday 2022 on Disney+. And we will also get I Am Groot, a series of shorts featuring Baby Groot. We also have trailers for WandaVision (January 15, 2021), The Falcon and the Winter Soldier (premiering March 19, 2021), Loki (releasing in May 2021), Marvel's What If...? (Summer 2021), and Ms. Marvel (late 2021). Lastly, Marvel has revealed new cast members for Ms. Marvel, Hawkeye, and She-Hulk. All of these will also stream on Disney+ Hotstar.

Secret Invasion will star Samuel L. Jackson as Nick Fury and Ben Mendelsohn as Talos, who first met in Captain Marvel. The Disney+ Marvel series will be a crossover event, and will showcase a faction of shape-shifting Skrulls who have been infiltrating Earth for years. Talos is a Skrull, and disguised himself as Nick Fury in Spider-Man: Far From Home, while the real Nick Fury was on a Skrull spaceship, as revealed in a post-credits scene which seemingly sets up Secret Invasion.

The Falcon and the Winter Soldier trailer

Marvel's What If...? trailer

Ironheart will focus on genius inventor Riri Williams — played by Dominique Thorne (If Beale Street Could Talk) —who the most advanced suit of armour since Iron Man. Is it possible that Marvel is setting up Riri Williams to take over from Iron Man in the MCU?

Armor Wars will bring back Don Cheadle as James Rhodes / War Machine, as he must save the day after Tony Stark's tech falls into the wrong hands, something Stark feared all along.

Hawkeye has confirmed most of the cast reveals from earlier this month, including Vera Farmiga, Fra Fee, Tony Dalton, Zahn McClarnon, and newcomer Alaqua Cox. The only new announcement is Brian d'Arcy James. Hailee Steinfeld is now also confirmed as Kate Bishop, with Jeremy Renner alongside as Hawkeye. Rhys Thomas and directing duo Bert and Bertie are helming Hawkeye, which also arrives in late 2021.

She-Hulk cast grows with the addition of Tim Roth's Abomination, who was part of The Incredible Hulk. Kat Coiro and Anu Valia are directing She-Hulk, with Jessica Gao as head writer. Of course, Mark Ruffalo's Hulk will also be a part of the show. Tatiana Maslany was announced earlier as She-Hulk / Jennifer Walters. She's a lawyer who specialises in superhuman-oriented legal cases.