No India release date announced yet, but Free Guy has leaked onto torrent sites and piracy networks, which will hurt the box office. 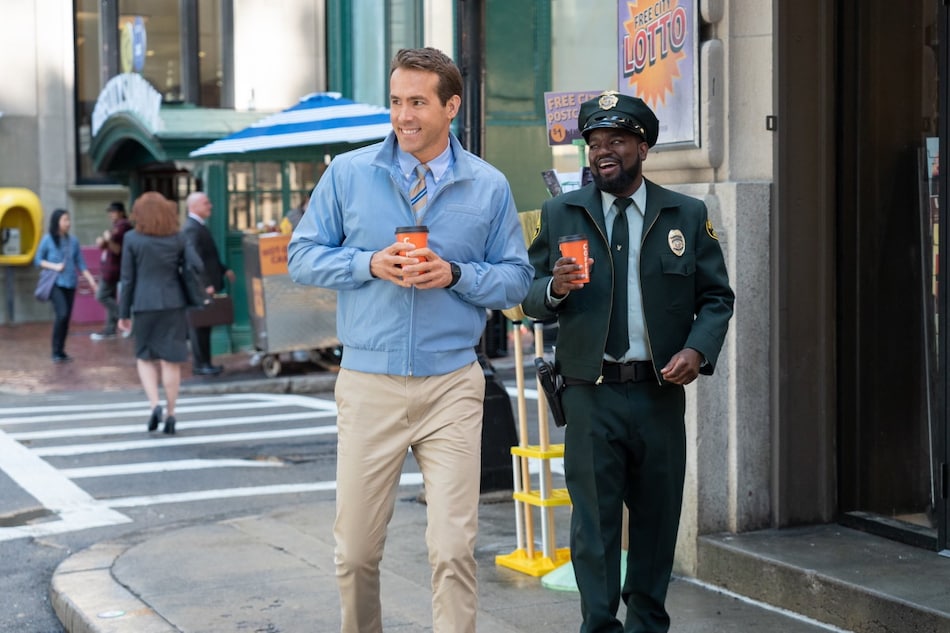 Free Guy 2 is a go. Free Guy star Ryan Reynolds announced over the weekend that Disney has “confirmed” it “officially” wants a sequel. This comes amidst Free Guy's opening weekend at the worldwide box office, which saw the Reynolds-starrer bring in $51 million (about Rs. 378 crores) from 43 markets — not including India, where Disney has yet to set a release date for Free Guy. With torrented copies of the movie already available in multiple versions on piracy sites and other torrent networks since Thursday, the film's box office results in India are likely to suffer because of the delay in release. Disney could've avoided this, what with both Warner Bros. (The Conjuring: The Devil Made Me Do It) and Universal Pictures (Bob Odenkirk's Nobody) dropping titles this past Friday in Indian cinemas.

“Aaaannnnd after 3 years messaging Free Guy as an original IP movie, Disney confirmed today they officially want a sequel. Woo hoo!! #irony,” Reynolds wrote on his Twitter account on Saturday in the US, with Free Guy director Shawn Levy retweeting him with a simple “Yuuuuuuuup”. There's no word on what Free Guy 2 will involve, but it's a fair bet to suggest that Reynolds will be back in the title role as a bank teller who discovers he's an NPC (non-player character) inside a video game. Hopefully, Jodie Comer, Joe Keery, Taika Waititi, and Utkarsh Ambudkar will return as well for Free Guy — but again, there's no confirmation on that front.

Of Free Guy's $51 million global opening weekend, the Reynolds-led movie made an estimated $28.4 million (about Rs. 211 crores) in the US and Canada, with the remaining $22.5 million (about Rs. 167 crores) coming in from 41 territories elsewhere. Its biggest non-American markets were the UK ($3.4 million), Russia ($2.9 million), South Korea ($1.4 million), Japan ($1.3 million) and France ($1.1 million). Free Guy took the number one spot in Belgium, Hong Kong, Israel, the Middle East, Netherlands, New Zealand, Poland, Russia, Singapore, Sweden, and the UK. Free Guy will open this week in Brazil and Spain. Release dates for China, India, and more Asian markets have not been set.

The first leaked version of Free Guy seems to have showed up on torrent sites such as The Pirate Bay and Zooqle last Thursday. Obviously, downloading such movies is illegal and should not be encouraged. It only hurts the filmmakers and reduces the chances of getting more of the things we enjoy. Moreover, according to public comments and screenshots, Free Guy's pirated versions are filled with ads for an online gambling and betting website. Additionally, the video quality is remarkably poor, with the screenshots revealing severe issues with sharpness, detail, contrast, cropping, and/or colour. Gadgets 360 has not tried to verify audio quality, though user comments suggest that it's echo-y, muffled, and hard to hear.

The Free Guy full movie leaks only reinforce the fact that you should check out the film when it's officially available in theatres where you live — the way it was meant to be seen. Unfortunately, there's no clarity on when Free Guy will come to India. It's not on Disney+ Premier Access either because of existing agreements already in place when Disney bought 20th Century Fox (now 20th Century Studios).