House of the Dragon Episode 7 Trailer: Tensions Rise as the Dragon Vhagar Is Stolen 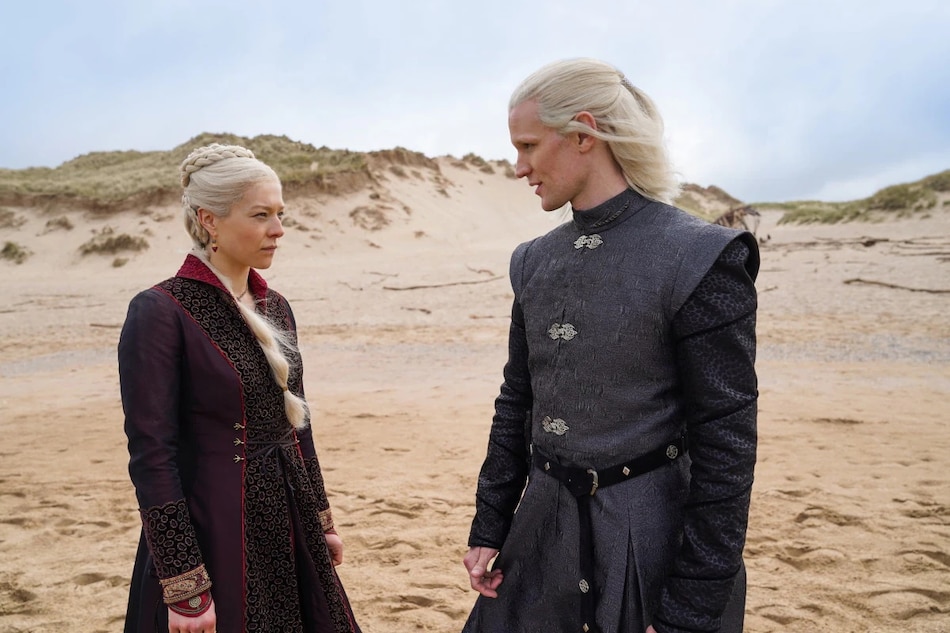 The trailer for House of the Dragon episode 7 begins with a funeral procession, as House Targaryen submerges Laena's casket into the depths of the ocean. “What is this brief mortal life, if not the pursuit of legacy,” says Lord Corlys Velaryon (Steve Toussaint), who was forced to see his only daughter's body burnt to a crisp. Since the Velaryons are a mariner family, their funerals are kept inline with the idea — an offering to the seas. The event has sparked tensions within the household, signalled by Otto Hightower (Rhys Ifans), who returns to play an “ugly game.”

For the first time, we see Queen Alicent (Olivia Cooke) leaving King's Landing, as she heads steadfastly to Driftmark — the funeral location. “If you are to be a strong queen, your subjects must fear you,” an unseen narrator says, as Rhaenyra Targaryen (Emma D'Arcy) is seen making contact at the location. The House of the Dragon episode 7 trailer then cuts to show a nighttime sequence, where the dragon Vhagar gets stolen, alongside a mysterious hooded figure observing a bustling dockyard. “There is a debt to be paid,” says Alicent, as the household gets into a scuffle, with even Rhaenyra pointing a dagger at an unknown character. “Now they see you as you are,” she says with tears in her eyes.

The House of the Dragon episode 7 trailer also sees Prince Daemon (Matt Smith) reuniting with spirit niece Rhaenyra. With wife Laena out of the picture, will he make a romantic gesture to the princess? Her husband Laenor Velaryon is still alive — though as episode 6 showed, there's little love lost between the two — so things could get a little awkward.

Earlier this month, House of the Dragon co-showrunner Miguel Sapochnik stepped down from the series. From season 2 onwards, he will be credited as an executive producer for the Game of Thrones prequel series, giving way for Alan Taylor and Ryan J. Condal to take over. Speaking to Variety, Condal confirmed that season 2 will not have any major time jumps. “The storytelling becomes fairly in the rhythms of the original Game of Thrones series,” he said.

New House of the Dragon episodes air every Monday at 6:30am IST on Disney+ Hotstar in India, and Sunday at 9pm ET on HBO Max wherever available. Season 1 consists of 10 episodes.