House of the Dragon Episode 5 Trailer: Make Way for Another Bloody Royal Wedding

Titled “We Light the Way,” House of the Dragon episode 5 sees Princess Rhaenyra tying the knot with Laenor Velaryon. 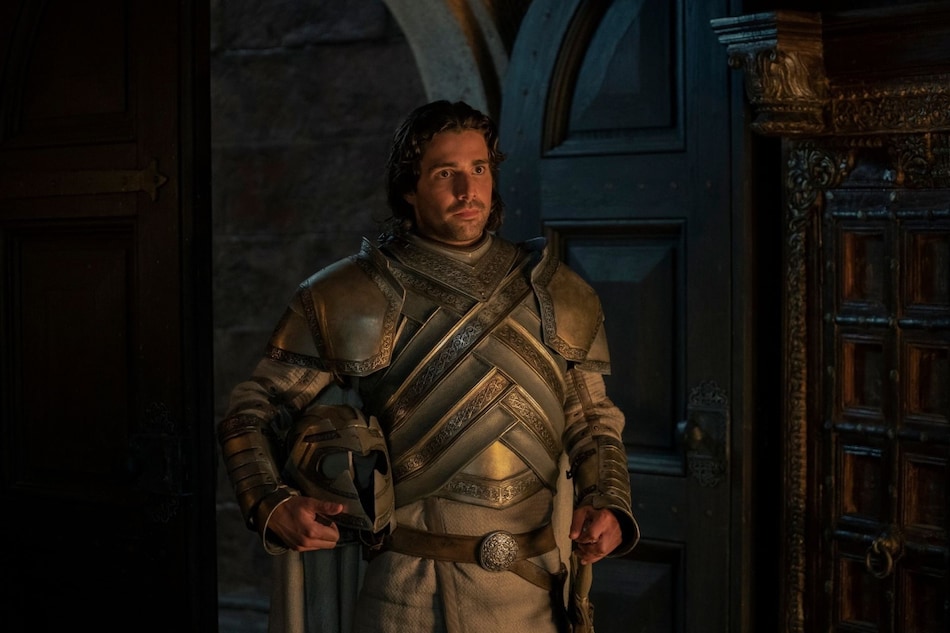 The trailer for House of the Dragon episode 5 begins with a marriage proposal, as Viserys decides to marry his daughter Princess Rhaenyra (Milly Alcock) to Laenor Velaryon (John Macmillan) — son of Princess Rhaenys (Eve Best) and Lord Corlys Velaryon (Steve Toussant). The matrimony will form a direct link between the strongest houses in the realm, further strengthening Rhaenyra's claim to the Iron Throne. “I hope to herald in a second age of dragons,” says Viserys, as he prepares to evacuate his seat in the coming future.

House of the Dragon Episode 4 Review: Double Standards Cause a Royal Scandal

The marriage proposal comes in the wake of shocking developments in House of the Dragon episode 4, — out now on Disney+ Hotstar and HBO Max — where Rhaenyra and her uncle Prince Daemon (Matt Smith) had their first romantic encounter, though it was ultimately cut short. With the seed planted for their future relationship, the princess now focuses on her royal wedding. It is worth noting that lore-wise, Laenor is a known homosexual in the lands, lacking interest in women and surrounding himself with handsome young men. Since all Viserys cares about is finding an heir to the throne, he presents the idea of marriage anyway.

The House of the Dragon episode 5 trailer then cuts to display the consequences of such an alliance. “Rhaenyra's succession will be challenged. Knives will come out,” Rhaenys tells her husband, as a band of men led by Criston Cole (Fabien Frankel) make an appearance at the royal wedding. As is the tradition with Game of Thrones stories, this one is bloody as well, with Cole and his merciless group slaughtering all members at the ceremony, with key targets being Rhaenyra and Laenor.

Between all the chaos in House of the Dragon episode 5 trailer, Sir Otto Hightower (Rhys Ifans) foresees the king's death, stating that Rhaenyra's succession will lead to war. “Prepare Aegon to rule,” he tells his tearful daughter Alicent (Emily Carey), who married Viserys in episode 3, giving birth to the child — Aegon Targaryen.

Earlier this month, House of the Dragon co-showrunner Miguel Sapochnik stepped down from the series. From season 2 onwards, he will be credited as an executive producer for the Game of Thrones prequel series, giving way for Alan Taylor to take over. Taylor — known for his work on early Game of Thrones episodes — will partner with Ryan J. Condal and deliver the upcoming seasons for House of the Dragon, in close collaboration with author George R.R. Martin.

New House of the Dragon episodes air every Monday at 6:30am IST on Disney+ Hotstar in India, and Sunday at 9pm ET on HBO Max wherever available. Season one consists of 10 episodes.