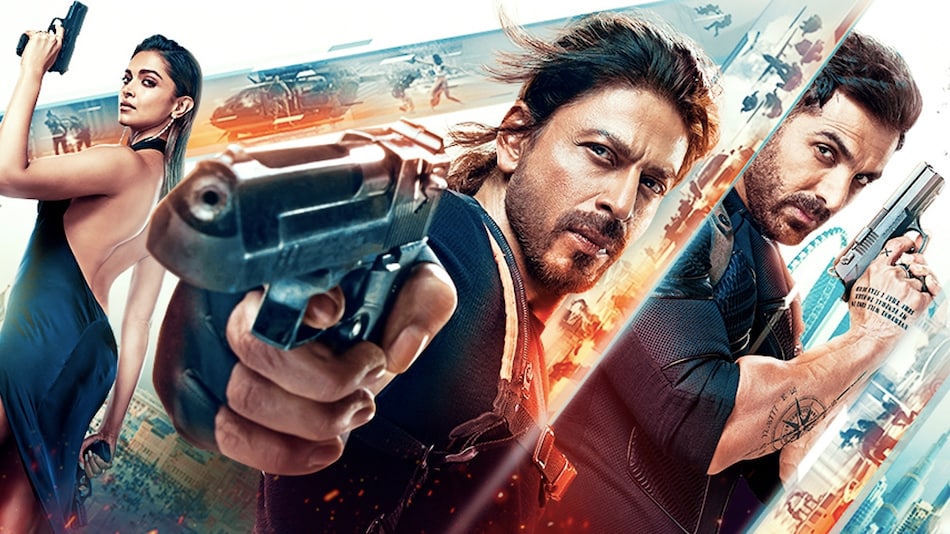 Pathaan, starring Shah Rukh Khan, Deepika Padukone, and John Abraham, is set to release in India on January 25, commencing its theatrical run. The action thriller film is among the first major Bollywood releases of 2023, and is part of Yash Raj Films' extended YRF spy universe. With Pathaan, Shah Rukh Khan returns to a lead role in a mainstream film after over four years, following 2018's Zero. The film is directed by Siddharth Anand, and sees Shah Rukh Khan play an exiled Research and Analysis Wing (RAW) field operative brought back to fight a private terrorist organisation.

Interestingly, Pathaan will be releasing in India in the popular IMAX format, and is also the first Indian film to release in the novel Immersive Cinema Experience (ICE) format that was recently unveiled in the country. Both of these formats promise to improve the cinematic viewing experience - read on to find out how and where you can experience Pathaan in the ICE and IMAX formats.

What is Immersive Cinema Experience (ICE)?

The new ICE format promises to immerse the viewing in an augmented and improved viewing experience, without messing with the movie director's original vision of the film. This involves the use of colour lighting panels to add continuously-changing lighting effects that blend with the content on the screen itself. This is visible in the viewer's peripheral vision and doesn't distract from what's on the screen, but rather complements it by reducing the amount of dark space around the screen.

Globally, films such as Doctor Strange in the Multiverse of Madness and The Batman have been released in this format. Pathaan is the first Indian film to support the ICE format, and viewers will be able to take advantage of this at supported theatres. As of now, only two theatres in India support the ICE format, both of which are in the Delhi-NCR region. PVR Ambience at Gurgaon and PVR Promenade at Vasant Kunj are ICE-enabled, and will be screening Pathaan with this format in operation.

Viewers can also opt to watch Pathaan in the much better-known and widespread IMAX format. An abbreviation of Image Maximum, IMAX screens are present across theatres in India covering multiple cities and regions, and Pathaan will be screened in this format on supported screens.

At its core, IMAX is a proprietary system combining the use of high-resolution cameras, film formats, projectors, and theatres with screens that have a tall aspect ratio. This is usually 1.43:1 or 1.90:1, depending on the venue and screen size, but tends to vary a lot. This also usually involves steeper seating arrangements, and the entire experience is meant to be more cinematic and immersive than a regular theatre.

Pathaan is expected to release on Amazon Prime Video on April 25 in India, with the details of the OTT release revealed in the course of a legal matter regarding the movie. For now though, viewers can enjoy the movie in theatres across India.

Google Set to Face Lawsuit From US Justice Department Over Digital Ad Market Dominance: Report
Featured video of the day
A Sneak Peek at Asus and Samsung's 2023 Laptops