Shang-Chi expected in October on Disney+ and Disney+ Hotstar. 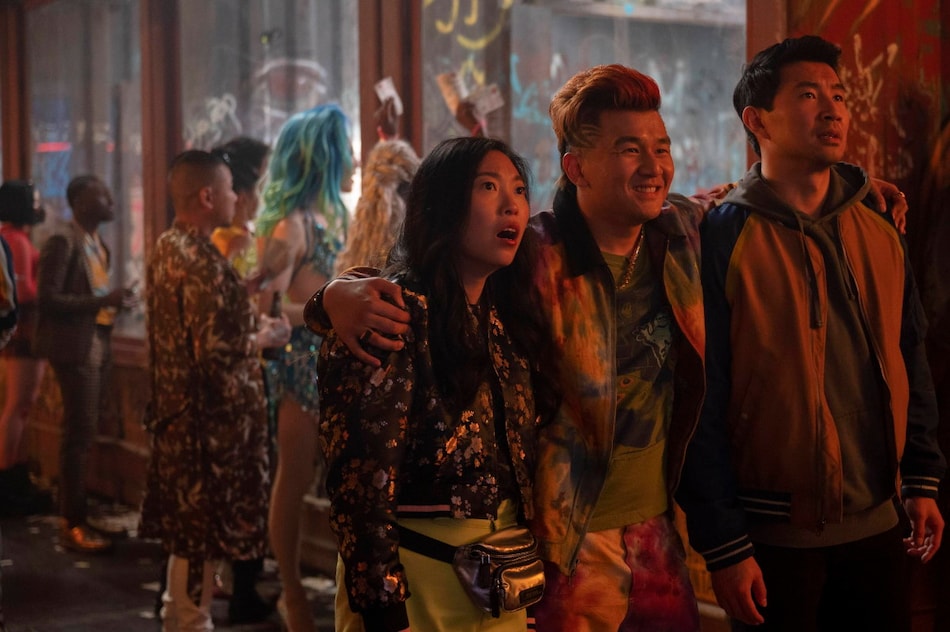 Awkwafina, Ronny Chieng, Simu Liu in Shang-Chi and the Legend of the Ten Rings

Shang-Chi and the Legend of the Ten Rings — the new Marvel movie out now in cinemas — has leaked onto torrent sites and other networks that enable piracy, in differing versions of quality and file size (from 847MB to 2.2GB). While most copies are arguably genuine, given the attached screenshots and user comments attesting to their legitimacy, some are fraudulent and merely exist as a trap to load viruses, malware, and whatnot onto the computers of unsuspecting individuals. But even with those genuine cases, the illegal Shang-Chi copies are of remarkably poor quality, feature hard-coded subtitles, and/ or are filled with advertisements. Gadgets 360 does not condone illegal file-sharing. It is against the law and filmmakers deserve to be paid for the content they create.

The first legitimate leaked version of Shang-Chi showed up on torrent sites such as The Pirate Bay and Zooqle on Thursday, September 2, with the label “CAM” suggesting it was filmed with a video camera in cinemas. Shang-Chi and the Legend of the Ten Rings released this week in theatres worldwide, including India, the US, and the UK. According to publicly-available comments and screenshots, the illegal Shang-Chi rip features hardcoded French subtitles, and is filled with ads — in English, Hindi, and Spanish — for an online gambling and betting website. The former are present on the film itself, while the latter have been inserted digitally.

Thankfully for Disney, Marvel Studios, and the Shang-Chi cast and crew, the quality of the cam-recorded illegal Shang-Chi rips is downright terrible. Per publicly available screenshots, Gadgets 360 can tell that they exhibit severe issues with sharpness, detail, contrast, cropping, and/ or colour. We won't be posting any screenshots out of not wanting to spoil any part of the film. Gadgets 360 has not been able to verify audio quality, though user comments suggest that it's echo-y, muffled, and hard to hear. The Shang-Chi full movie leaks only reinforce the fact that you should check out the movie when it's officially available in theatres where you live.

Unfortunately, that might be easier said than done. With the highly contagious Delta variant of COVID-19 ripping across the globe, audience confidence in cinemas is naturally at a low right now. Maharashtra, the Indian state with highest number of screens, has yet to allow cinemas to reopen. And while Disney debuted the previous Marvel movie, Black Widow, both in cinemas and on Disney+ at the same time, it chose to take Shang-Chi and the Legend of the Ten Rings exclusively to theatres — as it couldn't foresee the current situation when the decision was made in March. Disney CEO Bob Chapek expressed regret over it recently, but said they couldn't take Shang-Chi to Disney+ on day one because of contractual obligations.

Co-written and directed by Destin Daniel Cretton, Shang-Chi and the Legend of the Ten Rings stars Simu Liu as martial arts expert Xu Shang-Chi who's running from his past, Awkwafina as his best friend Katy Chen, Meng'er Zhang as his estranged sister Xu Xialing, Fala Chen as Shang-Chi and Xialing's mother Ying Li, Florian Munteanu as the steel-blades-for-hands mercenary Razor Fist who works for the Ten Rings terrorist organisation, Benedict Wong as the sorcerer Wong (from Doctor Strange), Michelle Yeoh as Li's sister Ying Nan, Ben Kingsley as Trevor Slattery (from Iron Man 3), and Tony Leung as Shang-Chi and Xialing's father Xu Wenwu who's the leader of the Ten Rings. Marvel Studios president Kevin Feige and Jonathan Schwartz are producers on Shang-Chi.

Shang-Chi and the Legend of the Ten Rings is now playing in cinemas globally. In India, Shang-Chi is available in English, Hindi, Kannada, Tamil, and Telugu. It is expected in October on Disney+ and Disney+ Hotstar.