Tenet Blu-ray, Digital Release Date Set for December — but Not in India

The Christopher Nolan film has yet to get a theatrical release date in India. 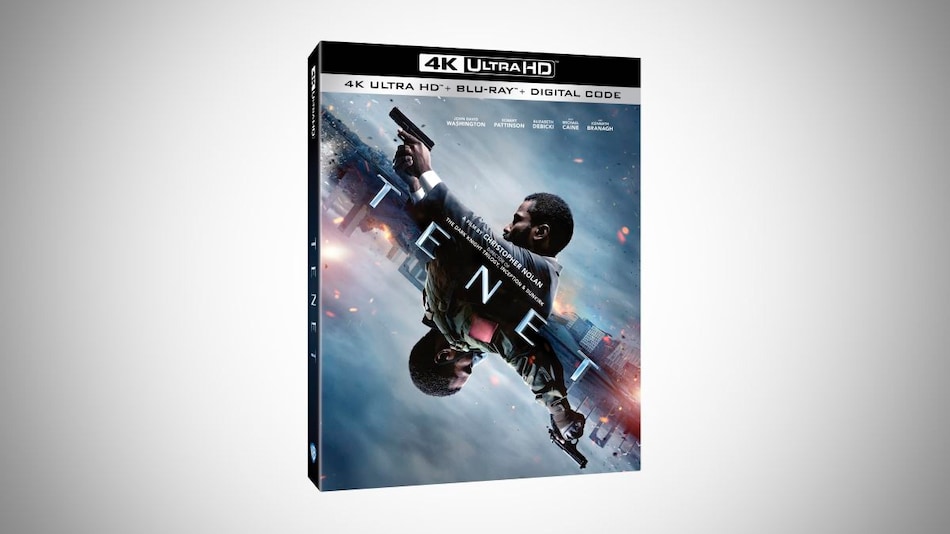 Tenet will be available on Blu-ray and digital storefronts in December, Warner Bros. has announced. The exact dates are December 14 in the UK, December 15 in the US, and December 16 in Australia. This doesn't include India as it only applies to markets where the Christopher Nolan film released theatrically in August or September. Tenet still doesn't have a theatrical release date in India, though the epic time-bending espionage movie is expected to premiere in the country before the end of the year. It might even happen in November, now that Maharashtra (the state with the highest number of screens) has given the go ahead for cinemas to reopen.

Christopher Nolan Is Making a Mistake With Tenet

Of course, there's no way to stop you from buying Tenet digitally on an international store. Imported Blu-rays are also regularly available on Amazon and Flipkart. Warner Bros. will open Tenet Blu-ray and digital pre-orders on November 10. In the US, the UK, and Australia, Tenet will be available digitally on Amazon Video, Apple TV (formerly iTunes Store), DirecTV, Google Play Movies / YouTube Movies, FandangoNOW, Fetch TV, Microsoft Store, Rakuten TV, Redbox, Sky Store, Talk Talk TV, Telstra TV, and Vudu, depending on whichever are available in your region. On disc, Tenet will be on DVD, Blu-ray, and 4K Ultra HD Blu-ray.

Shot largely with IMAX cameras, Tenet will be available in 2.20:1 aspect ratio with some scenes in 1.78:1 at native 4K (2160p) resolution. There's no Dolby Atmos track on the Tenet Blu-ray, which is in keeping with Nolan's preference for lossless DTS-HD Master Audio 5.1. There's no support for Dolby Vision HDR too, but you do get HDR10, for what it's worth. Tenet 4K UHD Blu-ray will come with three discs: one for the Tenet 4K HDR version, one for the full-HD version, and the third for extras. Warner Bros. has announced just one feature as yet — “Looking at the World in a New Way: The Making of Tenet, an hour-long exploration of the development and production of the film as told by the cast and crew.”

Tenet is out on Blu-ray and digital December 14 in the UK, December 15 in the US, and December 16 in Australia. Warner Bros. India operates with a two-month window between theatrical and Blu-ray, so don't expect Tenet to be officially available on disc and digital before January 2021.

Zuckerberg: Excited That WhatsApp Has Been Approved to Launch Payments in India